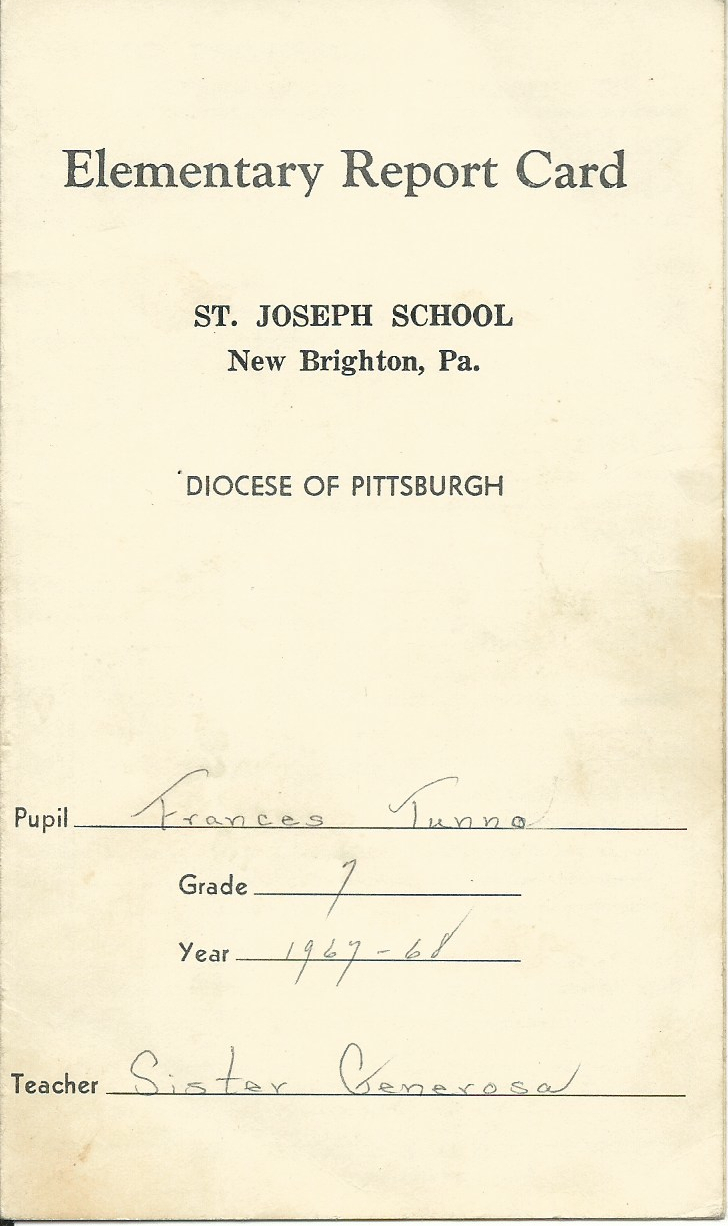 One of the toughest assignments I ever had was in seventh grade religion class.

Our teacher, Sister Generosa told us our assignment was to do something nice for someone we didn’t know — every day during Lent. And here’s the kicker, we couldn’t tell anyone.

When I first heard that I thought, “What kind of lunatic goes around doing nice things for strangers and then never even gets to brag about it?” I was no kindly Mother Teresa back then so it seemed a little crazy to me and a lot to ask of kids. But for forty long days, I ran to hold doors open, helped anyone across the street who’d let me, picked things up for people and just generally tried to be a decent human, all so I could get a good grade in religion.

Proof Sister Generosa/Janet was my teacher.

It was the hardest thing I’d ever done. It wasn’t the kind deeds that almost did me in, it was the keeping quiet part! (If you think I talk a lot now, trust me, I was way worse as a pre-teen.) I was dying to tell my parents all the awesome things I’d done, so they could fawn all over me, but I couldn’t say a word.

Once lent was over, it felt weird and a little rude to stop holding doors open or helping people out. I’m sure this was Sister’s evil plan from the start.

Why am I talking about this now, when Lent came and went months ago?

Even in seventh grade, I could tell she was exceptional. And it’s no shock that in her acceptance speech she gave everyone else credit for everything she’s learned over the years. She was always unbelievably kind and humble.

She started out as Sister Generosa, (a very appropriate name) then, when things changed in the late ’60s, and nuns no longer had to wear habits or keep their nunly names, she changed it to Sister Janet.

My seventh grade class with Sister Janet top middle. (The one with the habit.)

She was cool too. I remember someone asking her in religion class if she thought Jesus ever kissed anyone. She said, of course he did, he was a man. Then we asked if she thought he ever French kissed anyone, (seventh graders can never leave well enough alone) and she very matter-of-factly said, “Probably.” And the whole class tittered with the news that Jesus might have been just like us when he was 12, unless he was busy throwing money changers out of temples.

My dismal Seventh Grade report card. I got my first two D’s from Sister Janet (I’m blaming it on puberty) but hey, I raised it up in religion to all A’s!

She played Simon and Garfunkel’s “Bridge over Troubled Water” and told us that that’s how we should think of God — cheering us on when we do well — and right behind us when we’re down and out.

I’m certain you’ll find this unbelievably hard to fathom, but I actually considered becoming a nun at one time because of her. (Oh stop it, I can hear you laughing.) She made it look like a good thing to do.

I’m sure she doesn’t remember me, but  her Lenten experiment with a bunch of seventh graders one year, has never left me. Any time I hold open a door, let someone in line in front of me, pick up something someone dropped, or resist mowing down irritating pedestrians with my car, I’m always grateful she taught me a better way to be.

My First Christmas Eve Away – How I Survived