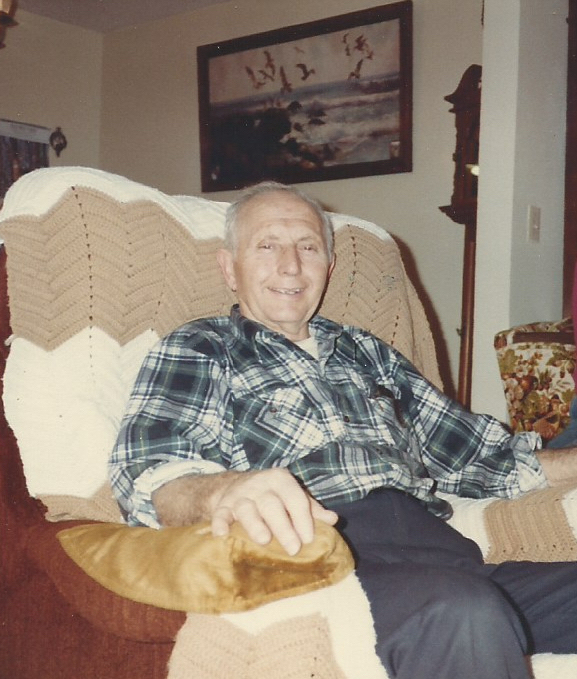 Remember in Star Wars, when Obi-Wan Kenobe fights Darth Vader and ends up dead, but then comes back? His image and wisdom are seared into Luke’s brain and Luke looks to him for powerful guidance during some pretty tough times.

OK, I’m not saying that my dad, who we used to call, “The Ogre,” is a Jedi knight, but sometimes I feel his presence in some pretty remarkable ways. Like yesterday morning when I was battling with myself over working out. (And yes, I know this is a recurring theme with me.)

Once I drag myself out of bed,  I go downstairs, feed the dog, and go through the pros and cons of exercising in the early morning. Here’s what it sounded like yesterday morning:

Good Fran: You should go to the gym right now, if you wait, you’ll be late for work

Bad Fran: No, you should stay home, have that latte and read the paper. It’s a little chilly out…could be in the 50’s.

Bad Fran: Who cares? No one looks at you anyway, so what if you’ve gained a few pounds? Read the paper and enjoy that latte.

The decision was made when I went upstairs, got on the scale and saw that I’d gained back four of the  seven stinking pounds I worked so hard to lose last year. I put on my workout clothes, packed up the paper and my latte and left. I was thinking about my dad. Today is the anniversary of his passing and when I push myself, I always hear him voicing his approval in my head, because he pushed himself constantly.

I got to the gym and read the paper while I was sweating my guts out on the elliptical. Then I went to the circuit room, where I do my best to lift weights and not cry because lifting weights is hard.

When I walked in, there was only one person, an older Asian man in the room, who looked at me and smiled. I was momentarily shocked at how much he reminded me of my dad. He had on a plaid shirt with a pair of pants and a plain belt just like my dad used to wear. And he was on a machine pulling levers, just like my dad did on his exercise machine at home.

Then I went to put my purse on the rack and I saw his white baseball cap. There it hung, on a hook, just like my dad’s hat, on the hook in my bedroom. It actually brought me to tears because I felt such a pang of loss.

I straightened up, wiped my eyes and started exercising, hoping he couldn’t see the tears. Then he began a conversation, like my dad used to;  proudly telling me he was 83. I told him it was good that he was exercising because that’s what my father did, and he lived to be 97. He opened his eyes wide and smiled. Then he told me he was impressed at how much weight I was lifting.

I only had time to do the circuit  of weight machines one time, then had to leave.  As I was leaving I took a photo of his hat, then got up the guts to ask him if he would mind if I took his picture.  He was absolutely adorable and said sure! So I snapped a couple of photos, we introduced ourselves and I learned his name is Patrick.

But in my head, Patrick was there today, in my dad’s outfit,  to let me know that my decision to push myself, whether it’s in exercise or life, is completely supported by my father, Ogie-Wan Kenobe, who has as much, or more pull now, than he did when he was alive.

How cool, I’m fairly certain this means the force is with me!

Like Loading...
a father'slasting affecta parent's affect on youeven after death my dad is still with meremembering dad