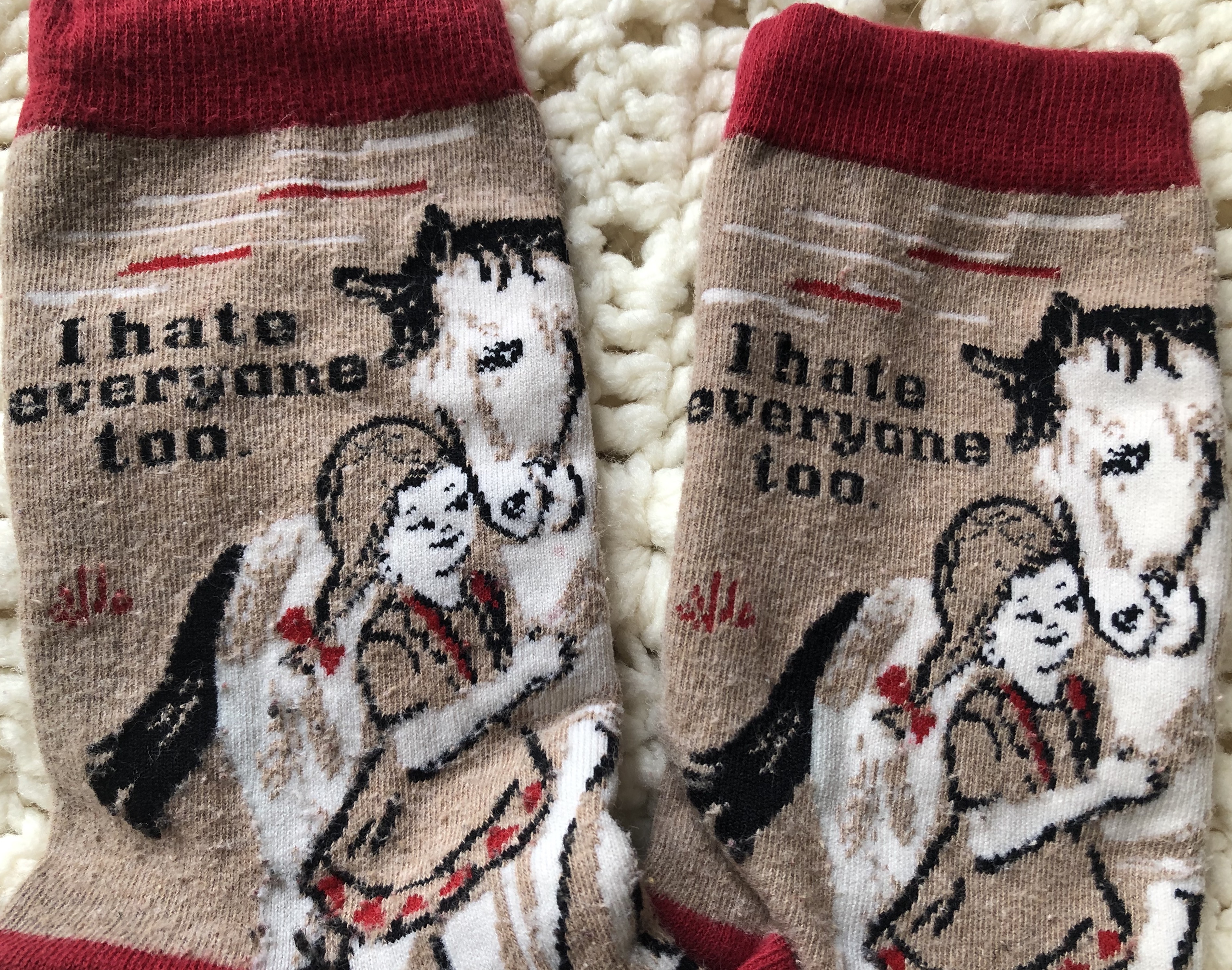 OK, how long’s it been? I started hearing how serious this was in the U.S. in the beginning of March, and by March 16th or 17th, I was working from home. By the 30th I was furloughed, and now I’ve been home alone a little over a month. (Because Topper–sweet as he can be — cannot be considered company. His conversation skills, even when he’s awake, are seriously limited.)

I’ve called my family to make sure they’re well so many times, I’m sure they’re sick of me. I cleaned the house pretty well when I first got home, but now I’m getting a little sloppy – and I’m now out of disinfectant wipes. I was really good about food when I first stayed home — now, not so much. I’m letting in more carbs, in spite of what my pants are saying about me behind my back. I’m still walking a lot more than I was, which is the only reason I’m able to fit through the door.

I’m starting to understand why my mom used to talk to her light-up Jesus so much. She didn’t drive, so during the day, she was stuck home. No wonder she told my dad she needed a final child for company and to help her clean. That was me. That’s how desperate a person can become. Rather than be alone, she’ll undergo another pregnancy just for the company and household help.

I called my 90-year-old Uncle Richard yesterday, who I love talking to any time. I asked him if this reminded him of war and he said it did a little bit, but that this was nothing compared to what he experienced as a child during the war. He said their small mountain village would witness planes flying low overhead, hear an explosion, then see smoke from the train station nearby, and know it was gone.

He said the German troops rounded up the town’s young men once, including his brother – my uncle Sesto. They’d suspected someone had deliberately set a match to the munitions they’d stored in town. Finally, after threatening all the young men with death, one of their men confessed he’d accidentally done it with a cigarette which is why my uncle got to live. And food was very scarce, except for what you could grow that the occupiers didn’t take.

Horrifying times — to say the least, yet when Uncle Richard was talking with my Aunt Maria in Italy the other day, she said this is actually harder, in some ways, than the war for her. She said, at least during the war, you got to see people, and talk, and be together. We need that connection, like plants that wither and turn yellow without the sun.

I totally get it. I don’t go out all the time, but do love connecting with people. I used to joke that I hated people. I even have a pair of socks a friend bought me that verify that. But not being able to connect leaves me a little rudderless. I hate walking down the street, sometimes crossing it to avoid people, then seeing them do the same to me. You start to feel like one of the Bible’s lepers. We’re shunning on a nationwide scale.

At first I thought, finally, I’ll have the time to work on all the projects I’ve wanted to! Now, I find myself starting to burn out, feeling like I haven’t made nearly enough progress. It’s enough to make me want to take my chances at the grocery store. Here’s a link to a great article from Bon Appetit called, How Do I Learn to Live Alone?

This will pass. I’ll call someone and feel fine again. I’ll start talking to my Mom’s light up Jesus, now in MY hallway. I’ll go for a walk, hear my favorite song and break out in dance in the park (alone) again. I’ll kick myself, turn off Netflix, and get to work. We’ll all move forward, but I totally get what my Aunt Maria in Italy is saying.

November? What the hell?

Win Something From My New Online Store!