My Brother Had a Heart Attack and I Wasn’t There 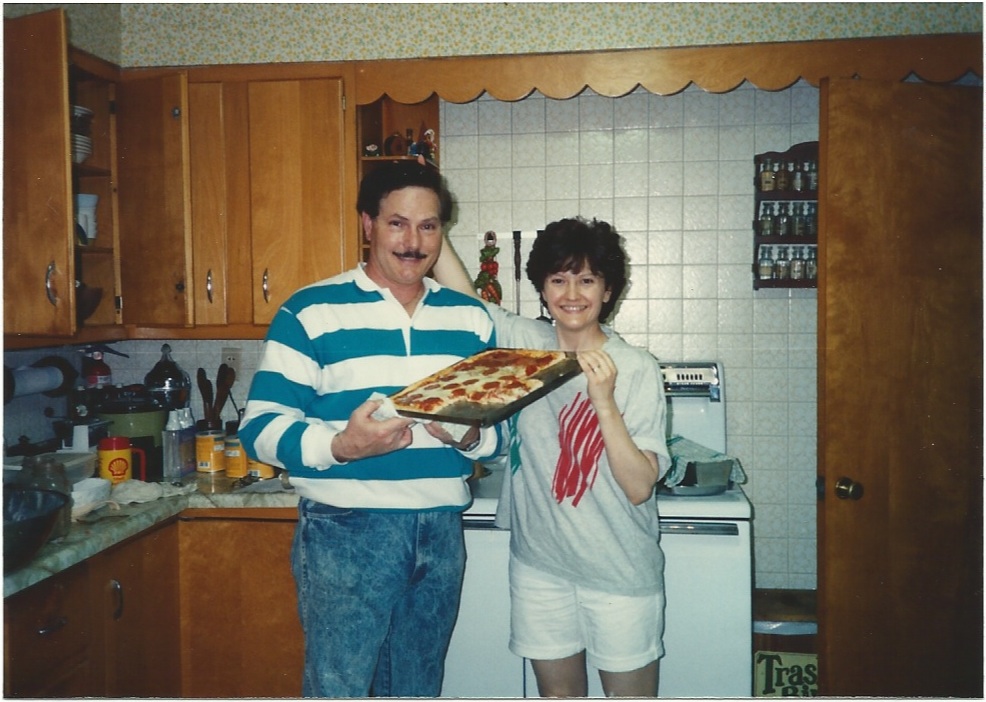 I just got off the phone with my brother Bernie, who’s walking around, sucking on oxygen and about to be released from the hospital. This is a minor miracle because the personnel at the hospital said they’ve only seen three people survive a heart attack on the golf course. Naturally, that would be where Bernie would have his heart attack because he loves golf and excitement.

Bernie playing his heart out while I cover my babys ears.

Thank God, his friend, John was with him. He gave CPR, called 911, yelled for help and got others to come and continue with CPR (which, we should all know because you never know when you could save somebody’s brother).

The ambulance worker  (who Bernie coached in little league) said he flatlined four times.  Flatlining one time would have been plenty, but Bernie’s always been competitive. After the fourth time, the defibrillator broke providing just the right mount of excitement; even for Bern. The ambulance got there within two minutes, but everyone was worried about brain damage.

Well, after talking to him, I feel confident he’s no more brain damaged than usual. He was his normal smart aleck self, talking about how his whole family was there and naming everyone but me because I clearly, was not there.  This is what our family lovingly calls, giving me diggers. (My mom never understood English well enough to know that you were giving someone digs, not diggers.)

My best friend, Carolyn said, “You should go.” My family said stay. Bernie’s wife said, ” Stay, there’s nothing you can do here.” And since Italian families and their friends, travel in packs of 12 or more, the hospital was already crowded with people who couldn’t do anything but bond over worrying about Bernie and think about where to eat every meal.

Plus, I have a daughter, still in high school who gives me fits over her schoolwork, so I had to think about her. If anyone would have told me what the odds were, I would have come, charged it, and worried later. But I researched, knew someone with a heart attack success story in the same situation and didn’t feel it was Bernie’s time to go. (I didn’t hear the “only three survivors” story until after Bernie was OK.)

I am ridiculously grateful Bernie’s well. He’s the guy everyone loves; the one, who, if it’s raining, will drop everyone off at the curb so they don’t get wet and walk through the rain. He’s fun, funny, loves to golf, eat, drink, coach little league, tell a great story and have a good time. He owns an insurance agency, and when you stop by to talk about insurance, you often leave with a bottle of wine or a hunk of homemade sausage.  If my agent did that I’d never leave.

Bernie pretending to give my son beer.

He’s 12 years older than me and taught me to throw a spiral, beat somebody up, dance and be a smart ass. (In fairness, that was delicately honed by my older brother Bob too.) So, clearly, Bernie’s wonderful and I love him very much, even when he hurts my feelings by teasing that I might not have cared enough to fly back to Ohio to be with him and his family during all this.

What he doesn’t know is that every minute of that Sunday, Monday and Tuesday I prayed for him. (I kept imagining a voice saying, “Wait, who are you again?”) To avoid confusion, I clearly stated who I was and who he was and how we were related, so the healing would go to the correct Bernie Tunno. There can’t be many, but I wasn’t taking any chances. I played his favorite late 50’s, early 60’s music and sent it to him via mental telepathy. (I haven’t finessed that skill, so I’m not sure he heard anything.) I called numerous times a day to see how he was doing. I imagined him in a coma, shivering after a heart attack and hooked up to breathing tubes and IV’s and I did a lot of crying. (He’ll tease me unmercifully over this crying admission. That’s what older brothers do to their little sisters, even ones in their 70’s and 50’s.)

I also thought, he can’t die. I hardly know him. He left when he was 18 and I was six years-old. He got married when I was 13. I moved to California and have been here for 30 plus years, so I’ve missed good bonding time. His friends know him better than I do, even if we did grow up with the same parents.

So, we clearly need more time, even if it’s not financially prudent. Sometimes you just have to spend the money and be with your family in crisis whether they want you to or not. I’ve been surrounded by death and illness this past month and I’m more convinced than ever this is true. A friend lost her mom a few weeks ago, another friend’s husband just died of cancer a few days ago and my friend, Bob, is slowly succumbing to ALS.

Bernie pretending to give my daughter beer. (Notice a theme here?) Sorry, photo was scratched!

You simply have to worry about the bills later, because things like heart attacks, cancer, ALS and a bevy of rotten illnesses will just take people, like a thief snatches a diamond ring, and you’re left alone wishing you’d done more.

It’s these awful times,  involving sickness, injury and disaster that create the closeness that bonds a family for life.  Whether you’re waiting for someone to pull through a heart attack or slowly pass away, you go so you can be there for everyone, including yourself, and it does make a difference.

Sheesh, another lesson learned.  Guess I’ll just have to take the diggers and try to do better next time.  But I’m truly hoping there is no next time.

Bobby Kennedy – Some Inspiration for These Times

Wedding Advice You Won't Get In "Brides"