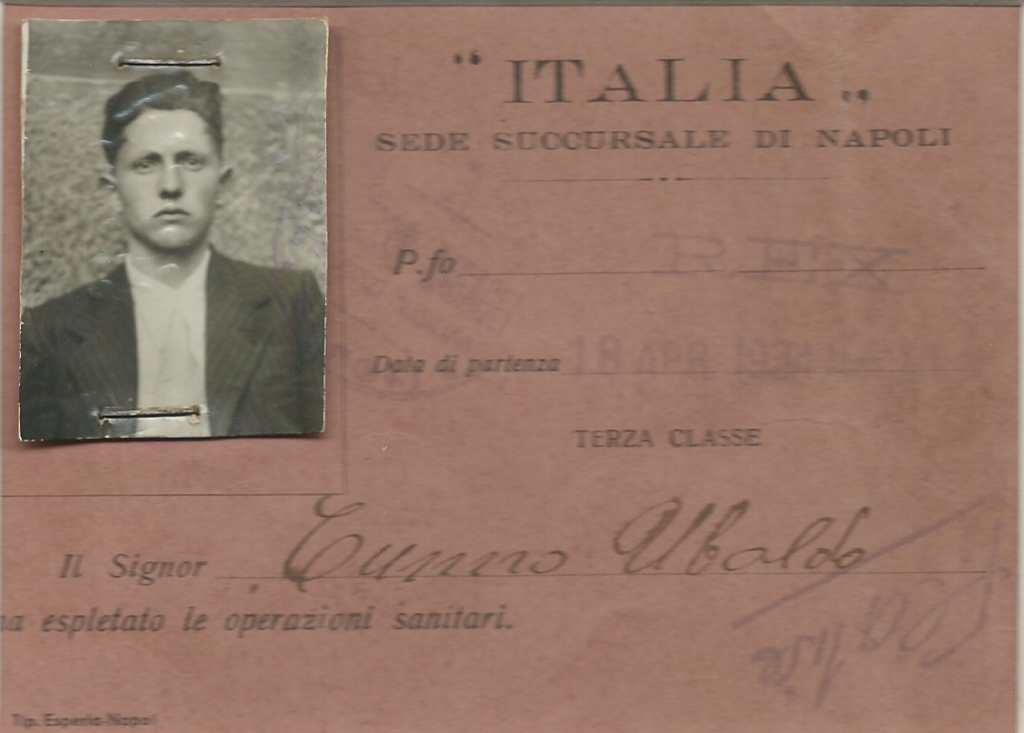 My first tiny inkling of discrimination came when a friend’s dad said to me, “You know, your dad is the only Italian I ever liked.” I was a teenager and it left me confused. On one hand I was proud that he liked my dad, on the other, I felt bad that he felt that way. That was the first time I wondered, Was it bad to be Italian?

I’m thinking about it because I just watched a special on PBS called The Italian Americans. I was amazed at how much discrimination my parents generation faced. The injustice was heartbreaking, yet it left me so proud to be an Italian-American.

What struck me is how little my parents said about being discriminated against. I never even realized, until I was older, that Italians experienced discrimination. When I asked my dad about it, he told me a few stories.  In one, his father was working on a railroad job where he and his co-workers were treated very poorly and underpaid. Because his dad spoke the best English, they voted he should speak up for a raise.  They fired him as soon as he asked for it.

My college roommate in front of our “Gypateria.”

When I was in college, a friend made a joke sign that was stuck to the door of the dorm room me and my Italian roommate shared. We thought it was funny because neither of us felt we’d experienced real discrimination. We’d heard the words Dago and WOP, but only used jokingly.

And my mother talked about her wedding day, when their car was pulled over.  They were cited for disturbing the peace because they were honking their horn. They made my newlywed parents get out of the car in the pouring rain and go into the station.  My mom thought it was hilarious, and laughed about it 50 years later in a video I produced for their 50th Anniversary.

My parents on their wedding day – law breakers?

I never asked my dad what he thought. But, in hindsight,  did that stop smack of discrimination? Did my friends jokes?That’s the thing — once you start looking for discrimination — you start seeing it. Is that good or bad?

My parents dealt with discrimination the old-fashioned way; they worked hard,  lifted themselves up and made sure their children got the best education they could afford so they could do even better.

My mother’s parents also worked hard and changed their last name, dropping the vowel at the end. But, if you look Italian and you speak Italian, or with an accent, will a vowel change make a difference?

A paper saying my dad had completed the proper sanitary inspections before he came to the USA. On the back it said he’d been disinfected, bathed and vaccinated.

My father’s fifth grade teacher changed his name from Ubaldo to Robert. She said it was too hard to pronounce.  Really? Three syllables? My dad said she was nice and worked with him after school, teaching him English, so she was clearly trying to help him. But once again, when you start looking for discrimination, you even start to question the helpful people.

Today, every job application asks whether you’re any of the following minorities: American Indian or Alaskan Native, Asian or Pacific Islander, Black, and Hispanic. But who decided who made the list? What about all the Italians who were discriminated against — and the Irish, the Jews, the Polish, the Germans and every other group that’s come along? Equal opportunity in the USA seems to dictate that every immigrant group gets its turn at being the punching bag.

Obviously, in the case of blacks, the situation was so much worse. If you can’t register to vote, get a job, ride the bus like everyone else, stay at a hotel, eat at a lunch counter,  and fear for your life on a daily basis, how do you lift your family out of poverty? Laws, clearly, had to change, and thank God they did. And the way our country treated Native Americans was shameful.

So, is it a waiting game? Does checking that box on your job application make a difference? Once your group has been here long enough, will another group come and get all the discriminatory attention? Will they update the list or should they get rid of it?

Or do you focus less on discrimination and more on working hard, not making an issue of it to your kids? Because if you do, will they start seeing it, even where it isn’t?

A Man And His Crabs

No Flowers, No Candy, but a Great Valentine's Day