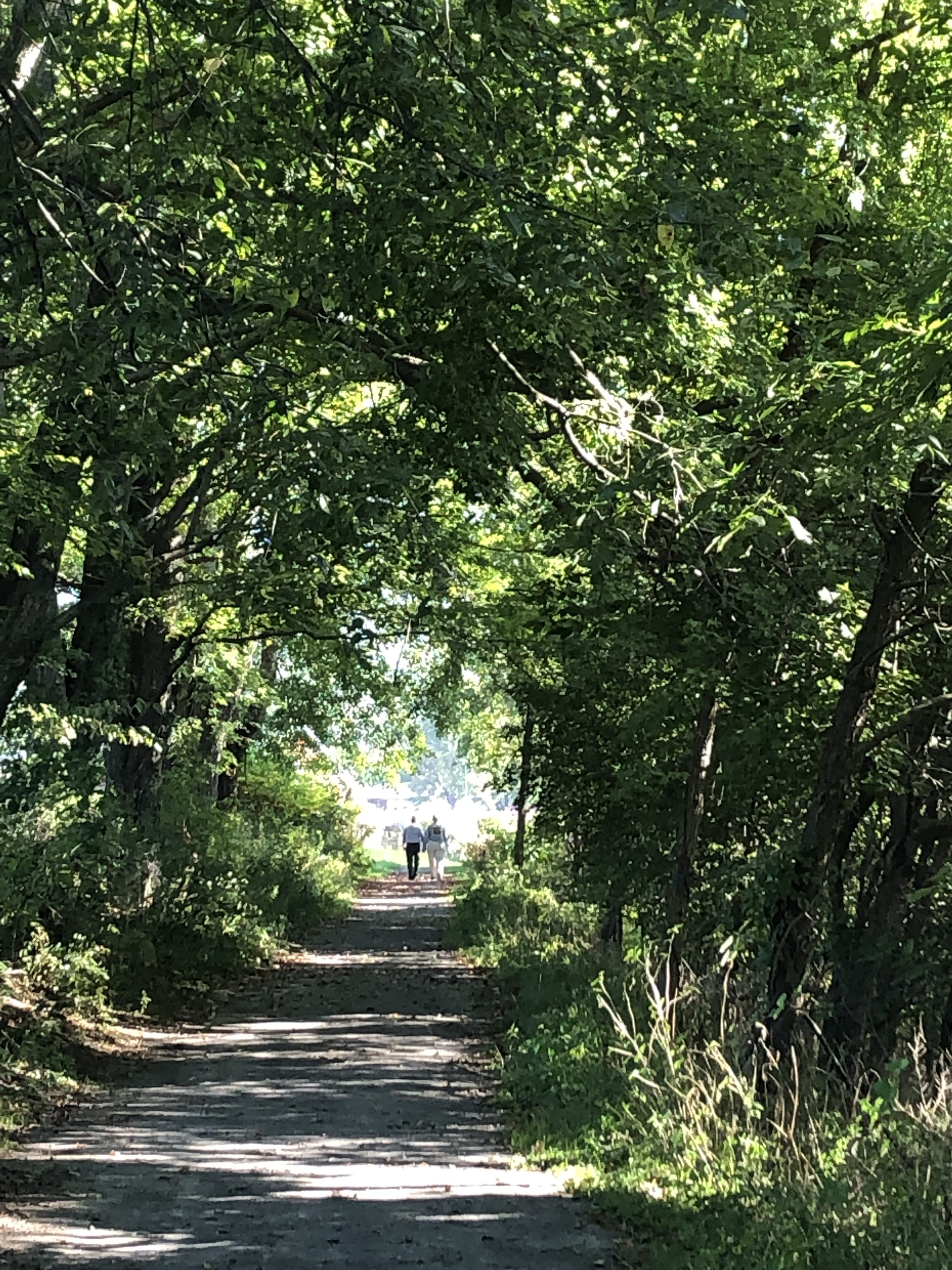 Yesterday I was on a brisk walk in windy, 50 degree weather, perfect for the first day of fall, when an acorn flew out of a tree and smacked me hard on the hand. I actually yelped. It seemed appropriate that a reckless acorn would usher in my favorite season. Just like everything in life, you get what you love along with a little bit of pain.

I’m looking at the good things right now, like the beautiful September foliage putting on a fashion show as I walk through the woods. I came across a couple walking the other day and they looked so lovely, I couldn’t help but snap a photo of them. When they came past I was bursting to tell them I had this great shot of them.

I showed them and the woman, named Noreen said, “Can you send that to me?” I said, “Sure!” She gave me her number and I sent it, then told her she might end up in a blog post. I loved that she didn’t give it a second thought, she just gave me her number. That’s the beauty of being in a small town. There’s none of the suspicion you get in larger cities. There’s also no grocery store open past 9 p.m. Yin, yang.

I’m finally with family and actually got to celebrate Uncle Richard’s 92nd birthday with him. He was adorable as always and told me stories about the beginning and end of his singing career.

He said during World War II, an opera singer from the big city was visiting near his sister’s home in Italy. My uncle was singing while he worked there and the opera singer heard him and asked who it was. His sister told him it was her brother. The man decided to take him under his wing, but on his way back to town, the train he was on was blown up by the Germans, and Uncle Richard’s career came and went.

That’s way too much yin for me. He was philosophical about it though, much like my dad was about life, saying, “Oh well, what are you gonna do?”

And although I got to be with Uncle Richard, I missed being with my son for his birthday. But he’s so happy in life, I couldn’t be more thrilled for him.

I’m making a mental note to joyously embrace the good, even if it does involve the occasional reckless acorn.

The Only Advantage of Covid 19 – Date Hazelnut Cinnamon Biscotti

How to Make Hot House Tomatoes Taste like Summer!