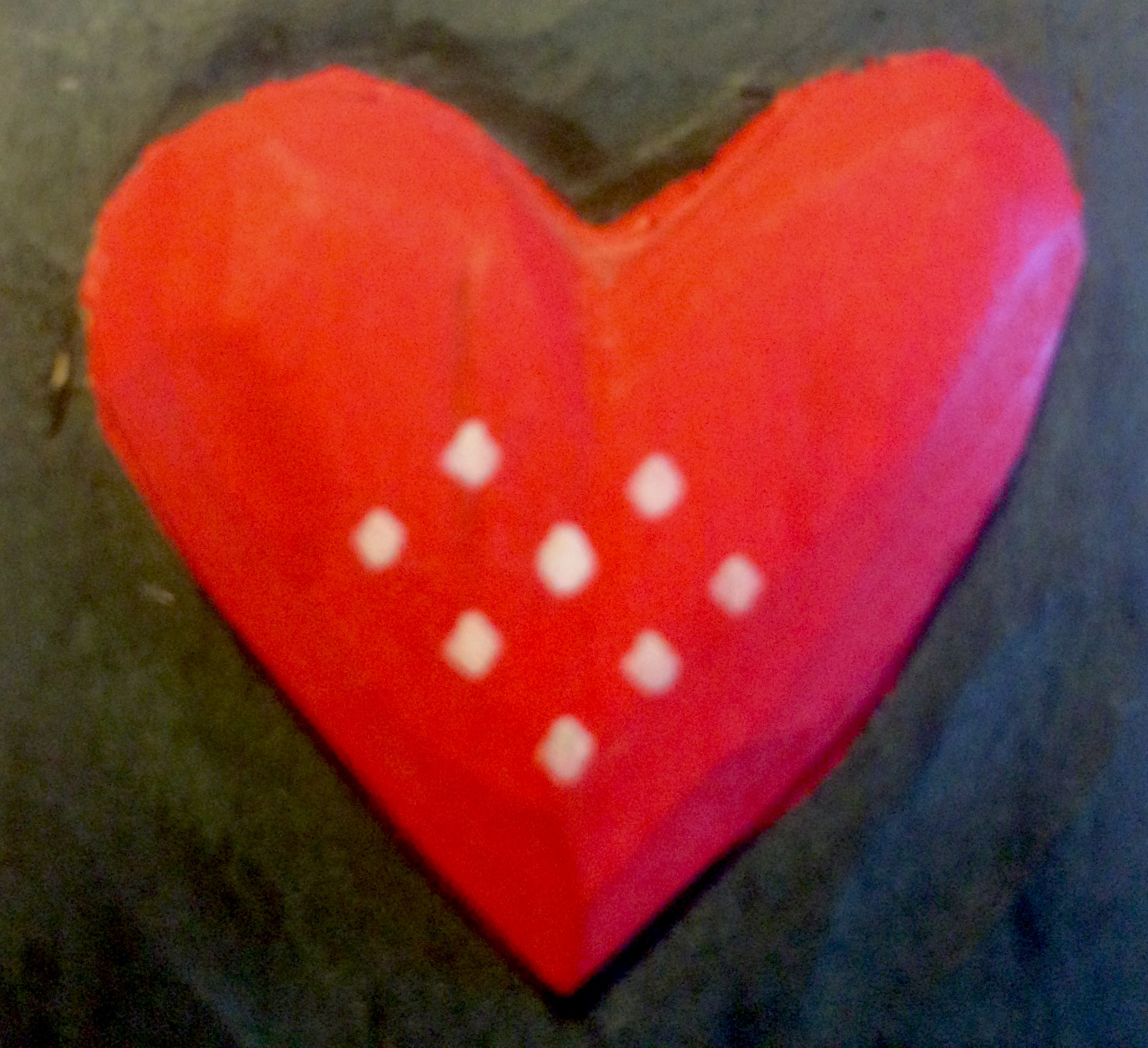 My heart. It’s healed now and happy, why mess with it?

It’s been more than five years since I got divorced.  People keep telling me I should start dating, but come on, what’s the rush?

I know my friends and family are telling me I’m not getting any younger. And I know they’re right, because any time I accidentally open the camera on my phone, and it’s on my face, I recoil in horror, as though I’ve just seen a bloody, dismembered limb.

But overall, I’m pretty happy. I come home and there’s no one questioning me or irritated with me, sitting on my couch, hogging the remote, eating, and leaving toenail clippings all over the place.  There’s no one making my life harder anymore, except me, and dammit, I’m happy. If it wasn’t for all those stupid Facebook photos of happily married couples on vacation or celebrating their upteenth wedding anniversary, I’d be perfectly content. But, something inside wonders what it might be like to be part of a happy, loving couple.

Even my salt and pepper collection is pairing off.

I think I’m just having a hard time getting up the nerve. What kind of lunatic goes through 22 years of not being valued by someone, followed by an ugly divorce, then says, “Hey, I think I’ll do that again!”

I learned tons from going through those nine circles of hell. I learned that when someone doesn’t value you, (and you can tell from the very first date) you shouldn’t date him because it’s never going to change. He’s not going to magically start to value you one day. He will never value you. Period.

I even went through all the psychological reasons why I didn’t feel I deserved to be valued and came up with lots of insight, which was great. Now I completely understand why I was such an idiot. I guess it’s progress.

I actually dipped my toe into the quasi dating pool, re-connecting with an old friend a while back. It was absolute heaven for two weeks. We were texting each other like crazed teenagers, walking around with silly smiles on our faces, and having phone conversations that lasted for hours, then he dropped off the face of the earth — just stopped communicating.

I was crushed because I really liked this guy. He was everything I ever wanted in a man: kind, smart, nice, hard-working and responsible, with an incredible sense of humor. He was one of the divorced walking wounded too, just like me, which made things so easy between us. He understood everything I was saying and I understood him.

But, c’est la vie. As my mother always said, “Who loves you, comes after you.” And he clearly didn’t love me because he didn’t. And, after the number of times I tried to connect with him, I’m surprised Verizon didn’t step in and cut me off for my own good. But I did stop because I do deserve to be valued and I know that now.

So, I’ve been putting off seeking someone out for a long time because my life isn’t where I want it to be, but there’s probably never going to be a good time. So, I did the unimaginable a couple of weeks ago. I opened up a Match.com account. And I’ve been looking around at the YMCA lately too. I do see men who I find attractive, but I’m utterly horrid at girl stuff like dating. I can paint a room, put in a sidewalk, and garden the entire yard, but ask me to flirt, and I freeze. I can’t do it. Truly, I suck at it.

I’ve seen how it’s done. My friend, who I’ll call Ginger, is unbelievably good at it. She doesn’t even realize she does it, she just naturally flirts with every man who walks by. She knows how to hold  eye contact for that pivotal extra few seconds. She’s always trying to coach me, but I’m hopeless. I think deep inside, I’m terrified they won’t look back, so it’s easier not to look. But I realize that, just like with anything in life, if you don’t take a chance, you get nothing. There’s another one of my mom’s sayings:  “Columbus Took a Chance.” Well, it was more like, “Columbus a took a chenze a,” but you get the picture.

So, just like I attempted no swearing for a good solid two weeks, I am going to try to actually look at men I find attractive this week and maybe even hold that gaze for those pivotal uncomfortable  seconds. (If this doesn’t kill me, nothing will).

I may even get up the nerve to post my photo on Match.com. I have a profile up but no photo, which is like trying to fish with your best wishes instead of a fishing pole and bait. I guess I just have to think of it as a game instead of being so serious about it. My heart is not so sure it wants to play games at my age, but I guess trying for a couple of weeks won’t kill me.

Wish me luck. If I don’t die of embarrassment, I’ll be back to let you know how my first week goes.

Carolyn – You Deserve These Peppermint Brownies!

I am a Big Fat Liar