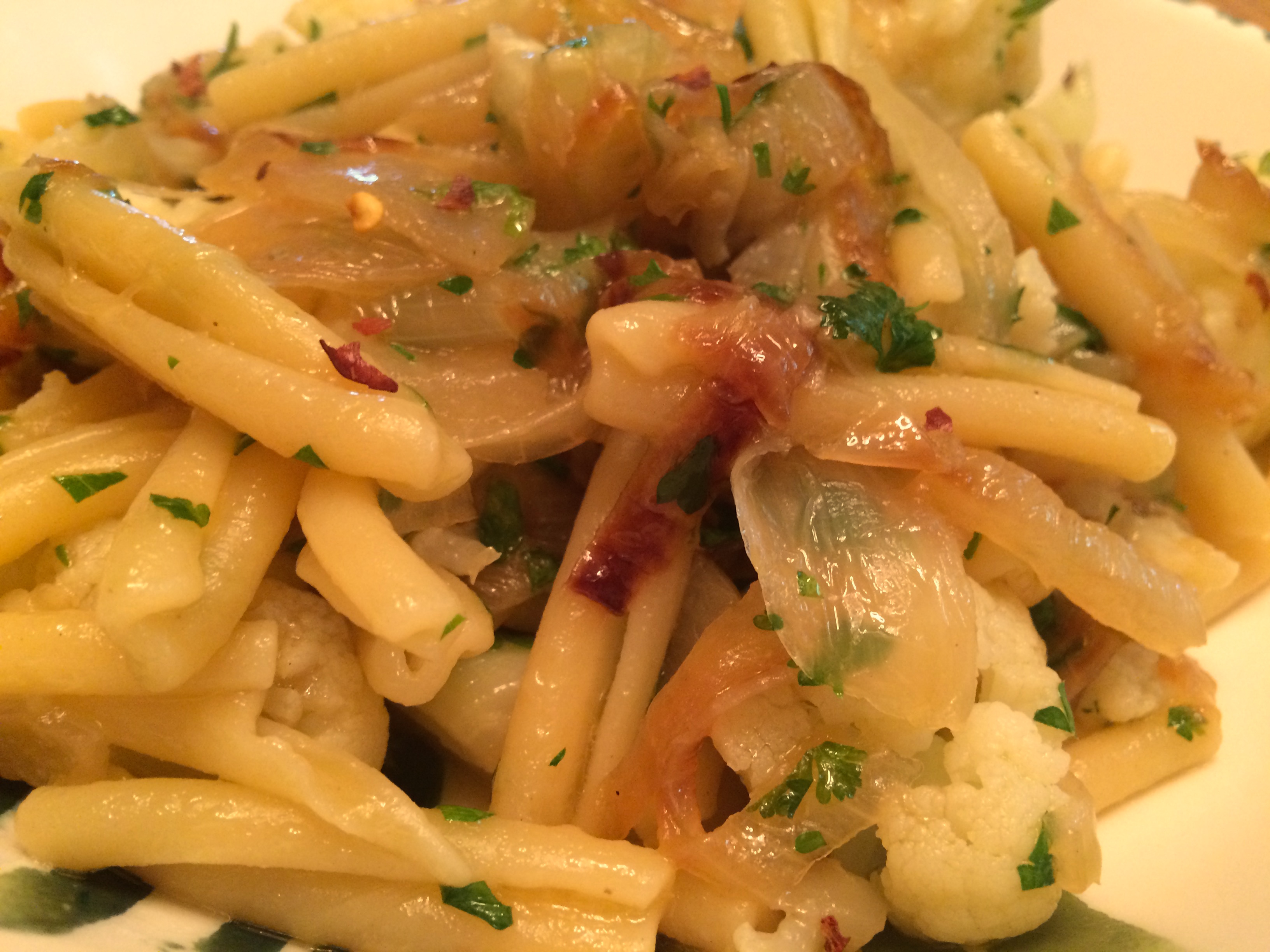 Uncle Richard at Christmas, in my, “My Sauce is Better Than Yours Apron.”My daughter says his sauce really is better.

I was talking to my Uncle Richard over the weekend. He was telling me how he misses the days when his grandkids were little and he used to cook every Sunday.

His lucky daughter, son-in-law and their kids, along with my dad,  were invited over every Sunday to eat pasta. He’d make a different pasta every week, including rigatoni, linguini with clams, gnocci, lasagne, aglio olio and others, and they were all great. Now he just cooks for himself and my aunt because everyone’s either grown up, dead, or too busy, and he says it’s not the same. He misses the family.

It’s one of those great Italian traditions, and the reason many Italian sons have to be dragged out of their mother’s house by their bloody fingernails. I think pasta Sundays made our family closer and stronger. And it created wonderful memories, like the time my brother called from college and asked if he could bring a few fraternity brothers by the house for dinner. When he showed up with about 10 friends, my mom had enough pasta and fried chicken to feed everyone, and more.

But it’s a custom that slowly fades with each generation, and the carb haters have hastened its demise. However, one bowl of pasta a week will surely not kill you or make you fat. It’s a great tradition my uncle loved and I thought, I wish I lived closer, I would invite him to eat at my house.

That was quickly followed by,  Who am I kidding?  I don’t even make pasta for me and my daughter on Sunday, let alone others. My mom and all my long-dead Italian ancestors are surely disgusted by my behavior, so maybe it’s time to start.

I began last Sunday by making one of my dad’s favorite pastas — Pasta with Cauliflower, Onions and Olive Oil. It was a recipe I found in some food magazine years ago and it was delicious. Even my daughter, who has always been suspicious of cauliflower, liked it. The cauliflower was cooked just right and the caramelized onions took it to the next level of deliciousness.

It was just me and my daughter at the kitchen table. She stayed for about five antsy minutes before she apologized and dashed off to finish a paper for college. It wasn’t exactly a Norman Rockwell moment, and was a far cry from Uncle Richard’s, or my mom’s get togethers, but it was a start.

Every Sunday that I don’t have to work, (and maybe even those that I do) I am making a promise to cook pasta and will wrangle whatever family and/or friends I can, to come join me. You should try it too — one meal together a week won’t kill us. Maybe we can  bring pasta Sundays back!

And if you have a good pasta recipe, send it please.  I’ll need all the help I can get!

(I get Cascarecce from Costco, they sell six packs of organic pasta for a great price!)

1 large head of cauliflower, trimmed and cut into 1 inch florets

In a large covered pot, bring six quarts of water to a boil. Add the cauliflower and 2 Tbsp. salt and boil until almost tender 4 to 5 minutes. Using a slotted spoon, transfer the cauliflower to a bowl. Do not discard the water.

In a large, heavy skillet, warm the oil over moderately low heat. Add the onions and cook, stirring occasionally until golden brown 20 to 30 minutes.

When the onions are almost done, return the cauliflower water to a boil, add the pasta and cook until almost al dente (read the package directions for cooking time).

Add the cauliflower to the pan with the onions and let it heat thoroughly. When the pasta is done, reserve one cup of the pasta water and set it aside. Then add the pasta to the large skillet with the cauliflower, onion, olive oil mixture and mix thoroughly. Add enough of the cauliflower water so that the pasta is not dry, and stir until the mixture is evenly heated. Add salt to taste – it does need a fair amount of salt. Mix in the parsley and crushed red pepper.   Serve the pasta with grated cheese and enjoy – hopefully with family and friends.