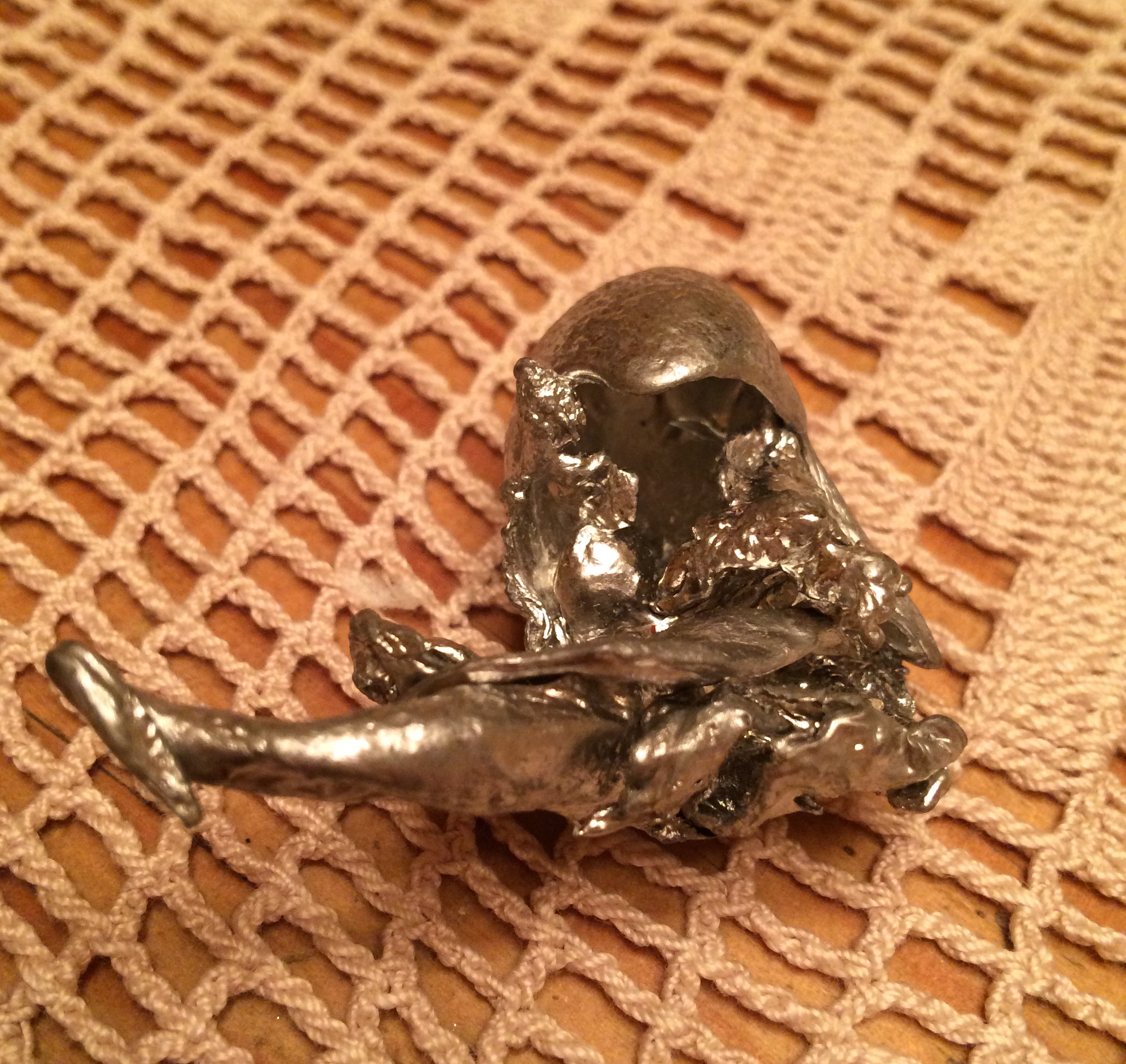 I’m afraid I don’t believe in magic anymore. When I was young, I used to think there was some magic in the world and things could happen because you willed them to.

I still think my mom willed herself to win on the Price is Right. She was determined like that. All you had to do was look at her and it was clear, if she wanted something to happen, it was going to happen.

Today is St. John the Baptist day, which is why I’m thinking of her. They celebrate this day in Europe, with bonfires and big family dinners, but in America it’s just another day, unless you’re lucky enough to have a mother from Naples, like I did, who practiced a Neapolitan tradition on this special day.

This one looks like a dolphin attacking Emperor Palpatine to me, but mom saw success. (Yes, I know I am a Star Wars geek.)

Every June 24th, my mom took her largest old metal pot and filled it with cool water. She sat it on the stovetop for convenience. Then she got one of her large, metal spoons and put in a fairly good sized piece of my father’s soldering lead. (This irritated Dad, who complained there was never any lead left when he really needed to solder something.)

Turning on one of the burners, she held the spoon over the heat until the lead melted. She said a prayer about seeing a future destiny (she did one for each of her children) and poured the melted lead into the pot of cold water.  After a loud bang, a hiss, and a puff of steam — voila! The lead would lie in a mangled heap in the bottom of the pan.

She saw a beautiful girl on a boat in this one.

If you’d just walked in the door, you’d swear it was the 1600’s and you were in the presence of a powerful sorceress.  I’m guessing the plunging of the lead into the water is somehow symbolic of baptism, but that’s just a guess. I like it because it’s very visually impressive, with a little witch doctor thrown in. Apparently it’s rather dangerous also, so don’t even think about trying this at home.

She’d reach in, pick up the piece of lead and do what she did best, visualize all sorts of things in the lead shape. All she needed was an inkling of what you most desired and she’d see it in the lead, from prom dresses to boyfriends.

And you know what? I believed her. She was always so certain that whatever I wanted was coming because she saw it, who was I to argue? It’s like reading a good horoscope — you don’t bet the farm on it, but it does make you feel better.

I haven’t felt like that in a long time, and today, it was fun to get out the pieces of lead I’ve kept all these years, look at them, and try to remember how to believe in myself like she believed in me.

This looks like a melting lacrosse stick to me, but my mom probably saw a beautiful bouquet of roses in it.

After Mom gave her positive forecast, she displayed the mangled lead in her china cabinet, next to her dainty China cups, as reminders of the good fortune that was coming. Maybe I’ll keep one of the pieces of lead on my desk to remind me that positivity comes from within, and magic is still possible as long as you never stop working toward your dream and never stop believing.

Dante vs. Cream of Wheat