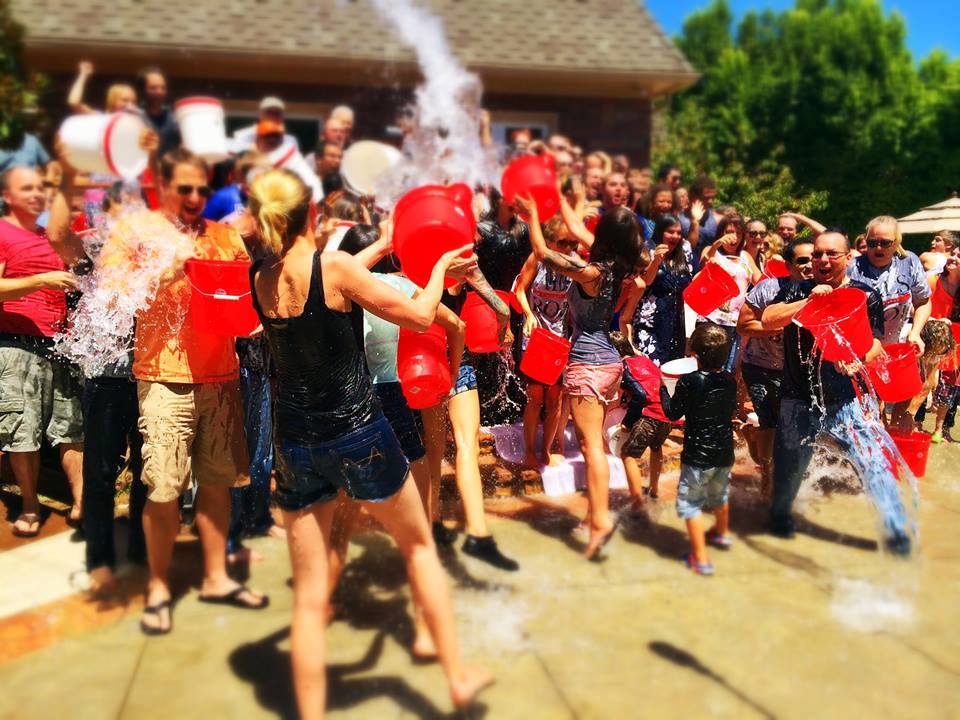 So far, my friend, Bob Deyan has been taken by ALS. My brother lost two of his best friends and fraternity brothers — John Conti and John Delserone to this disease. An old boyfriend’s mom passed away due to ALS. She was a sweet, smart woman named Toots. I’m sure you know people too. It seems like the worst diseases take only the nicest people.

If there was a serial killer out there torturing innocent people horribly then murdering them, we’d be up in arms, but ALS is doing that to people every day and we haven’t done enough to stop it yet. We have to stop it.

Here are the facts from the ALS Association: Every day, an average of 15 people are newly diagnosed with ALS — more than 5,600 people per year. As many as 30,000 Americans may currently be affected by ALS. Annually, ALS is responsible for two deaths per 100,000 people. The average life expectancy of someone with ALS is two to five years from time of diagnosis.

And the end is very ugly and cruel — people who are completely mentally conscious are trapped in a body that won’t breathe, move, or swallow. I remember visiting Bob, who looked gaunt and haggard. I did my best acting when I went in, with a joke about his new stubble being sexy and ruggedly handsome. I patted his head and we chatted. Bob didn’t let his illness stop him. He directed things to the very end, almost embracing ALS’ cruelty, but ALS took him too.  (Here’s a link to my blog from last year about him called, The Man Who Never Stopped Directing.)

Bob said he preferred a visit from someone smiling and joking to the visits from friends, so crushed by his appearance all they could do was hold it together and offer looks of compassion.  But when you love your friend and see him suffering horribly, it’s hard not to let it crush you. My brother said it made him physically sick to see his friends suffer so.

And Bob deliberately wanted the world to see the face of ALS, so he asked his photographer friend, Roman Cho, to photograph him with his wife Debra. That photo breaks my heart every time I see it.

Bob Deyan, the face of ALS, with his wife Debra in this beautiful photo by Roman Cho.

Maybe you don’t know anyone yet, but at some point, sadly, you probably will. That’s usually when people get involved, but let’s change that.

I’ve been in this fight against ALS for four years When I first heard about Bob, I said, “We have to do something.” I felt helpless in the face of this giant murderer, but I wasn’t about to let it take my friend without a fight.  So I looked into the ALS walk they hold in Los Angeles and got involved in fundraising.

Some people hear the diagnosis and just resign themselves to the inevitable ugly ending. But, I’m a dreamer — always have been — and I think we can stop it if we try. We gave ALS a nice black eye a couple of years ago with the ALS Ice Bucket Challenge. That money made a big difference, just check out this article in Time Magazine. Here is a link to a page on the ALS website about the research that’s ongoing today as a result of those donations.

Let’s do it again, and again, until we raise enough money to deliver that knock out punch. Bob wanted us to raise a billion dollars and our ALS Walk group is called Billion for Bob. Here’s a link to my Billion for Bob  Fran Tunno ALS fundraising page if you want to donate. My goal this year is $1500 dollars – just a drop in the ice bucket — but every dollar helps! And your donation is tax deductible!  I’ll appreciate any donation from one dollar to any amount you can afford. There’s no reason I can’t raise more than 1500 dollars! And if you live in L.A., please join us in the walk, here’s a link to the Billion for Bob ALS Website page .

I’m asking you to please respond with the names of friends or family members who are suffering, or who have died of ALS, so they’re not forgotten. Please like this on Facebook or re-post it, so we can truly see how many people are affected by ALS today. Then let’s all donate so we never have to add another friend or family member’s name again. Thank you so much!

Oh, Stuff It! (Your Zucchini, That Is)

Rocco's Italian Deli - My New Home Away From Home