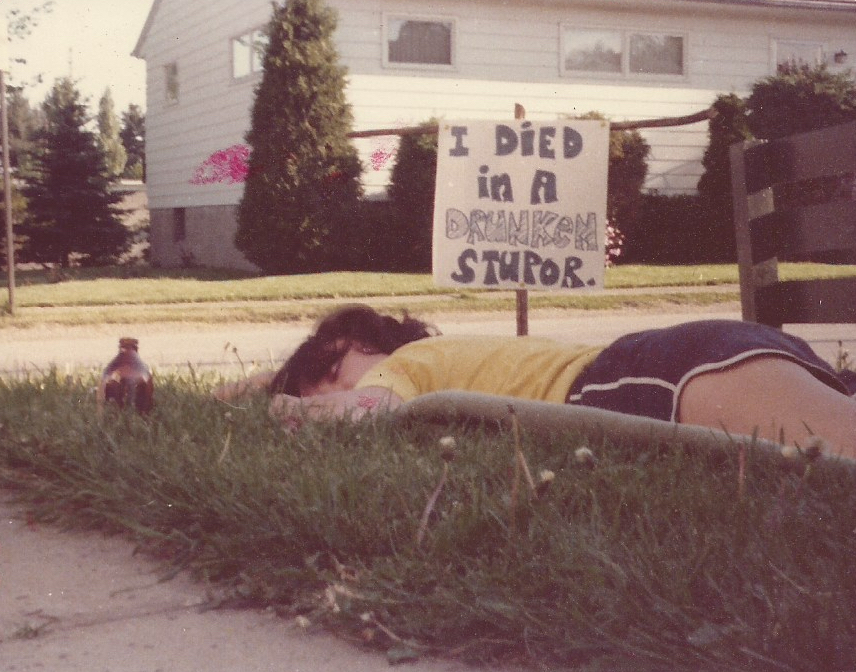 If my mother was still around, she would skin me alive for posting this exhausted shot of her. One of my brothers put the paper on her head.