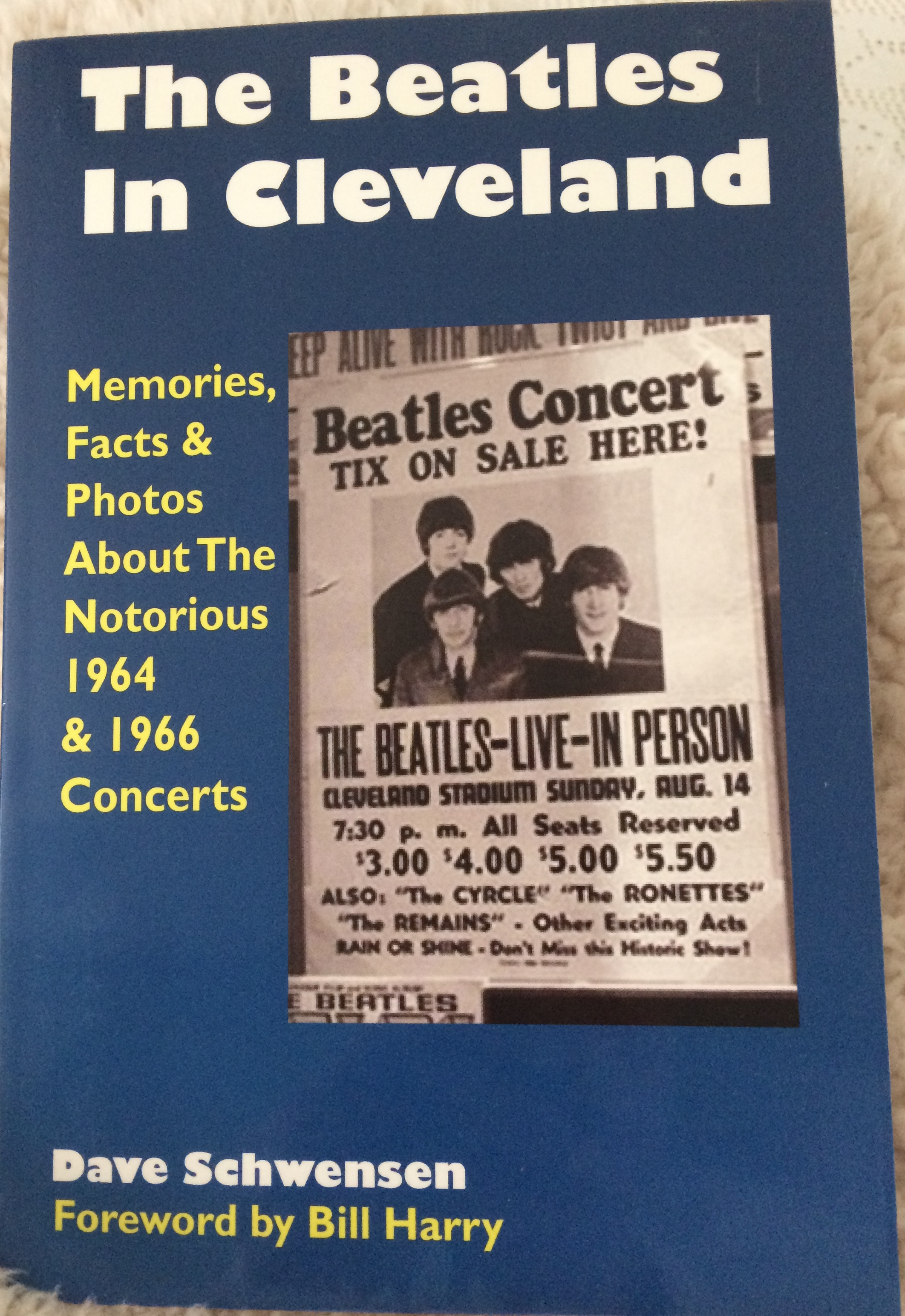 When talk of first concerts comes up, I always sit quietly, smugly waiting for my chance. Then, as casually as possible I say, “My very first concert was a Beatles concert at Cleveland Stadium in 1966.” People’s jaws usually drop. They are amazed, either at how wretchedly old I must be, or that I really got to see the Beatles in person.

Then, if they ask, I launch into the story. For months, my sixteen-year-old sister begged my father to let her see the objects of her absolute devotion, the Beatles. He relented, paying the highest price, $5.50 per ticket for three tickets. In 1966 that was a lot of money for a hard-working bricklayer to come up with, for a concert he would have hated, played by four guys he called long-haired “googamoogers.” But he did it, which shows how much the man must have loved his daughter.

I loved the Beatles too, secretly reading all my sister’s 16 Magazines, so I still remember the Beatles’ birthdays and other important facts, like their supposed favorite colors – Paul’s was blue.

August 14th arrived, and my two brothers drove my sister, my brother’s girlfriend, Donna, and me from New Brighton to Cleveland for the concert.  I was 11-years-old and this was the most exciting thing I’d ever done. I wore a good school dress, my yellow Easter Jacket and held onto Donna’s hand so I wouldn’t get lost in the crowd.

Concerts so notorious they have spawned books.

Yellow Submarine and Eleanor Rigby played on the loudspeakers before the concert, but once the Beatles got onstage, you could barely hear them through the screams.

The crowd got restless at the first strains of If I Needed Someone, then stampeded –first past the grape stake fence, rolling a couple of cops on the way, then pouring toward the stage. They had to stop the concert until things were under control. The screams were deafening and my 11-year-old self thought,  “These teenagers are stupid. I would never do that.”

But 21 years later George Harrison smiled at me and I went into full-blown teenager mode.  I was 32 years old.

Actually, George was laughing at me.

It was December 1987 and I was at the Beverly Center in West Hollywood. I’d finished Christmas shopping and was walking from the elevator to my car when I saw a white Mercedes slowly drive past…with George Harrison inside. I recognized him because his video, Got My Mind Set on You, was popular then.

I got in my car and forced myself to process what I’d just seen.  Could that really have been him?   This was too huge a moment to leave to chance so I thought… I’ll walk back to the elevator, pretend I dropped something, then slyly sneak a peek when they drive by again. I thought, I have to do this, I have to be sure it’s him. He’ll never even know.

When the car passed a second time, I completely blew my ruse of looking for something and stared straight at the Mercedes in drooling disbelief. It WAS George Harrison!  I must have looked like a lunatic because he looked at me, laughed and said something to the guy driving the car as they rolled by.

I calmly walked to my car, got in, closed the door, made sure the windows were up and screamed at the top of my lungs, AAAAAAAAHHHHHHH…I JUST SAW GEORGE HARRISON!!!!!!   I think I screamed for a full minute – just like the teenagers at Cleveland Stadium.   I looked for him again and sadly watched the white Mercedes glide away.

I wish I could have told him that day that I loved his music.  I wish I’d thanked him for giving a gift the whole world enjoyed.  I wish he knew my life was infinitely better because I grew up with Beatle music and later his music, and made sure my kids did too. I wish he’d known that his songs have gotten me through every stage of life and can still lift me out of my deepest slumps and make great days better.

You know what I really wish?  I wish I’d moved my car quicker so they could have found a parking spot and maybe I could have told him all those things. Or maybe I would have just screamed.

George Harrison would have been 74 today.  I miss you George.  Happy Birthday!