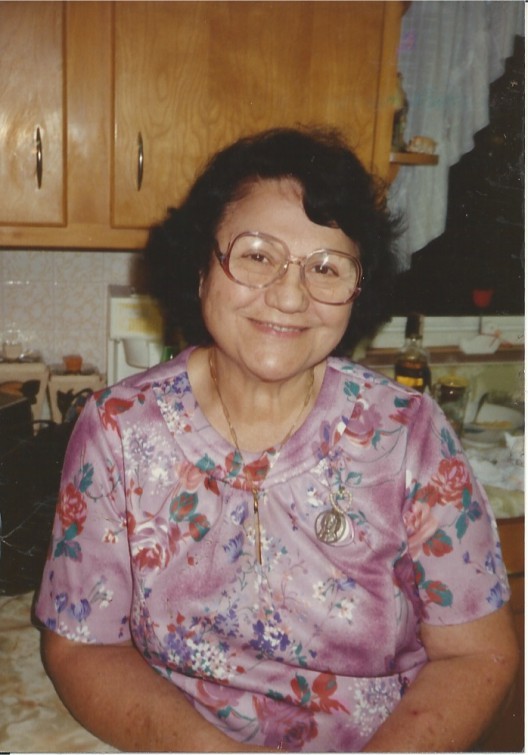 It’s no surprise that I was 32 when I married. Frankly, I’m amazed I was that young because my mom had a way of winnowing out the weaker prospects pretty quickly.

Any  suitor who visited had to be warned about her because her childlike frankness left people stunned. To protect myself, I sat at the table with her, laughing too loud so whomever she was talking to knew she was kidding (she wasn’t). This rarely worked and made me look like a nervous hyena.

Those were the eyes that bore into you as you sat across from her at the table, with me as comic relief.

If she didn’t like him, she’d look at him a long time, focusing on features she didn’t like, then say things about him to me in Italian, so he couldn’t understand. But it was almost worse if she did like him.

I had a friend, I’ll call Sam; a handsome, personable, Italian, Catholic optometrist, who unwittingly visited at Christmas. Mom decided he was perfect. Because he was technically a doctor, he got to bypass all the intensely personal questions she usually asked, but still inquired about his approximate wealth, then segued into her own health problems. She punctuated the conversation with what a wonder I was, and that any man who got me would be lucky.

When it was time for dinner, mom held up her hands and yelled, “Wait! “Letta da dottor eatta first!” then tried to get everyone to stand behind him at the buffet table.

She begged my brothers to take lots of pictures so she could show him off to her friends, even though we weren’t dating. We have photographs of Sam, with everyone in the family.  If she could have trapped him in the wine cellar and forced him to marry me, she would have. Sam left the next day having no idea how lucky he was to escape.

After close examination of another man I was dating she said, “Roger, ha comma you gadda dose lilla white marks onna your teet? Yes, she pointed out the white marks on his teeth. Luckily, he had a sense of humor and didn’t run screaming.

One of my best friends, who I’ll call Chuck,  actually got past her inspections, but not without her telling me, in Italian, (with him sitting right there) that he was nice and she really liked him, but he was going bald and she didn’t like his beard or the way he dressed. Then she said, “Chukka, you’re a nize a lookin a boy, ha come a you gadda wear dose baggy panz? You make enuffa money, can’d ju buy summa nize a panz?”

I forbade her to say anything more and she almost lasted a whole 15 minutes, but as we were leaving, I saw her nervously pacing, then explode with, “Eeeeefa I wassa your moder (mother)  I would a sneak into your room late atta night anna cut offfa datta damma beard!”

Miraculously, Chuck remained my friend, our parents got to know each other, and one bright summer day they stopped by for a visit.

As a rule, I never left anyone alone with my mom, even for a minute — it was like leaving a toddler with a hand grenade. But we’d been friends so long, I thought she couldn’t possibly embarrass me further. So, as Chuck and his mom settled in the dining room, I ran to take clothes out of the dryer.

My dad tending his garden ( in later years, after I got married) The tomato plants are on the left, my son is supervising.

They were sitting at the dining room table munching proscuitto, cheese and salami and drinking homemade wine. Our dads were in the garden discussing tomato plants, something Italian men feel compelled to do. I left feeling confident.

Less than three minutes later, as I made my way up the stairs, Chuck motioned frantically that we had to talk privately. We barely made it to the hallway when he doubled over in laughter claiming my Mom almost made him pee his pants. I braced myself.

He said conversation had gotten a little quiet around the table, and my mother, looking to fill the gap and never at a loss for words, said,

I sank to my knees moaning, “Nooooooooo!”  Spinsterhood would clearly be my destiny.

My mom came of age when nice women didn’t want to appear as though they’d ever heard of sex, let alone participate in it. Sex was more of a duty back then, like scrubbing filthy socks. So I guess this was a grasp at dignity for a woman with five children. Our neighbor, Mrs. Smeltzer, confessed to me she’d heard the story too.

Chuck said he and his mother both paused for a moment, trying not to laugh, but wondered how to respond. “What do you say when somebody says that?” he asked me. I couldn’t answer — I was still on the floor whimpering.

At a loss for words, they both silently munched their salami, smiled and said, “Oh, that’s nice.”

Fresh Tomatoes with basil, olive oil and balsamic – so good!

(In summer, when the tomatoes are amazing now, you simply must  make this ridiculously easy, but delicious recipe, then dip your bread into the leftover juices.  It’s the essence of summer and goes great with pasta with pesto.

Rinse and chop the tomatoes into medium sized chunks. Place them in a bowl. Rinse, dry, and roughly chop the basil leaves (remove spines from basil leaves if very large). Sprinkle basil in bowl with tomatoes.  Drizzle with olive oil and balsamic vinegar, sprinkle with sea salt, and pepper,  toss and serve.

Dance, Even When Everyone is Watching