Carolyn – You Deserve These Peppermint Brownies! 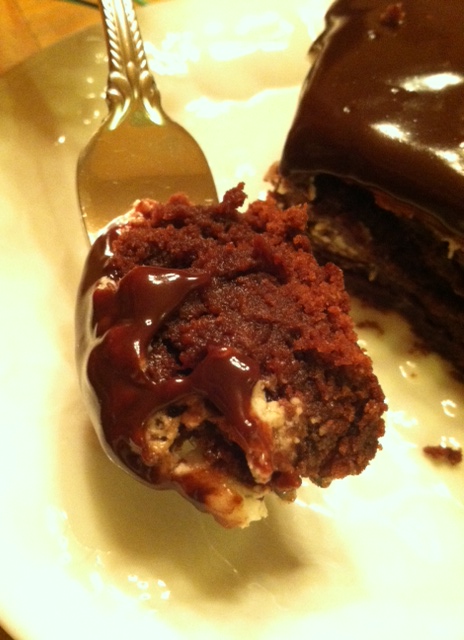 There wasn’t a lot of excitement at New Brighton Junior High, except when Carolyn Riley arrived breathless after some catastrophe. Usually one of her horses got loose and she had to run,  her long thin legs slipping and sliding, to retrieve it. Or the snow-plow had blocked off their driveway with snow, so they had to shovel themselves out, or Margie and Nancy, their lambs (and eventual dinner) got restless and wandered off. Carolyn had to trudge through the fields to bring them back.

Whatever happened on their farm, she told the story with a flourish that put us in hysterics. She was a master who could sit and matter-of-factly discuss bodily functions like diarrhea, with a straight face that sent me into 14 year-old convulsions of laughter. Even Mrs. Russo, our Algebra I teacher thought Carolyn was hilarious and never stopped her from telling  her stories.

The day Carolyn called me, asking if I wanted to go to a movie with her, I was as excited as if the boy of my dreams had called. I couldn’t believe that the funniest girl I’d ever met thought I’d be good company. We were immediately comfortable together — I got her humor and she got mine. The added bonus was she was really nice, and made me a much better person than I would have ever been.

She was kind and took the time to talk to kids who weren’t the most popular or cutest. So many people considered her their best friend; I was amazed. But I watched her and realized that all it took was kindness instead of judgment. So, instead of immediately making fun of someone, I learned to talk to people, and just like the Grinch, my heart grew and I finally got it. Now, I wait to make fun of people. (Hey, it’s an improvement.)

Carolyn and I went on to high school where we’d head for lunch at the Hot Dog Shoppe. I’d get a chili dog with cheese and she’d get a hamburger. For dessert she always got a York Peppermint Pattie and savored it on our walk back to school.

We’re more than four decades away from high school now, but Carolyn is still as funny as she was on our first “date,” and nicer than ever. So when I heard about this recipe for brownies, that taste like a York Peppermint Pattie, I immediately knew who deserved them.

Tim Enright from Boyajian Foods told me about these brownies when I met him at the Fancy Food Show in San Francisco, and he was right, they are very good. They’re moist and creamy with a peppermint layer and a chocolate layer that really finishes them. I never thought I was a fan of peppermint, but these brownies changed my mind. (Also, I have to say, I did a smell test with the Boyajian vanilla vs. Costco vanilla and Boyajian won hands down. It smelled smooth and wonderfully vanilla, the Costco brand (which I still use if I’m out of Boyajian) had a stronger alcohol smell.)

Hopefully you have a peppermint fan in your life who will love these, if not, I know Carolyn will take them.

Melt the butter and chocolate in a double boiler. Mix well. Add the sugar and let cool five minutes. Add the vanilla and mix in the eggs, one at a time. Mix in the flour until incorporated. Pour into a greased 9 x 13 pan and bake25 to 35 minutes or until a toothpick inserted comes out clean.

You can see the finger marks from where I had to press it into place.

4 oz. (one stick) of unsalted butter at room temperature, cut into pieces

Combine all ingredients in stand mixer with paddle attachment and beat five minutes. It should be somewhat stiff, like the inside of a Peppermint Pattie, but still be able to spread.

Melt the chocolate in the heavy cream in a double boiler. Let it cool ten minutes. Make the chocolate brownie layer and let cool to room temperature or refrigerate a half hour. Make the peppermint layer and spread evenly on the brownie. As I said above, this was a little difficult for me because it was a little hard, so I used my hands to spread it. Next time I’ll try a little more cream. Refrigerate 30 minutes. Make the ganache – let it cool for 10 minutes or so and pour it on the peppermint layer. If you have time, you can let it set at room temperature and it will stay nice and shiny. Or you can put it in the fridge. They freeze beautifully — wrapped in plastic, then foil

It’s not Christmas or Thanksgiving, But Just as Special