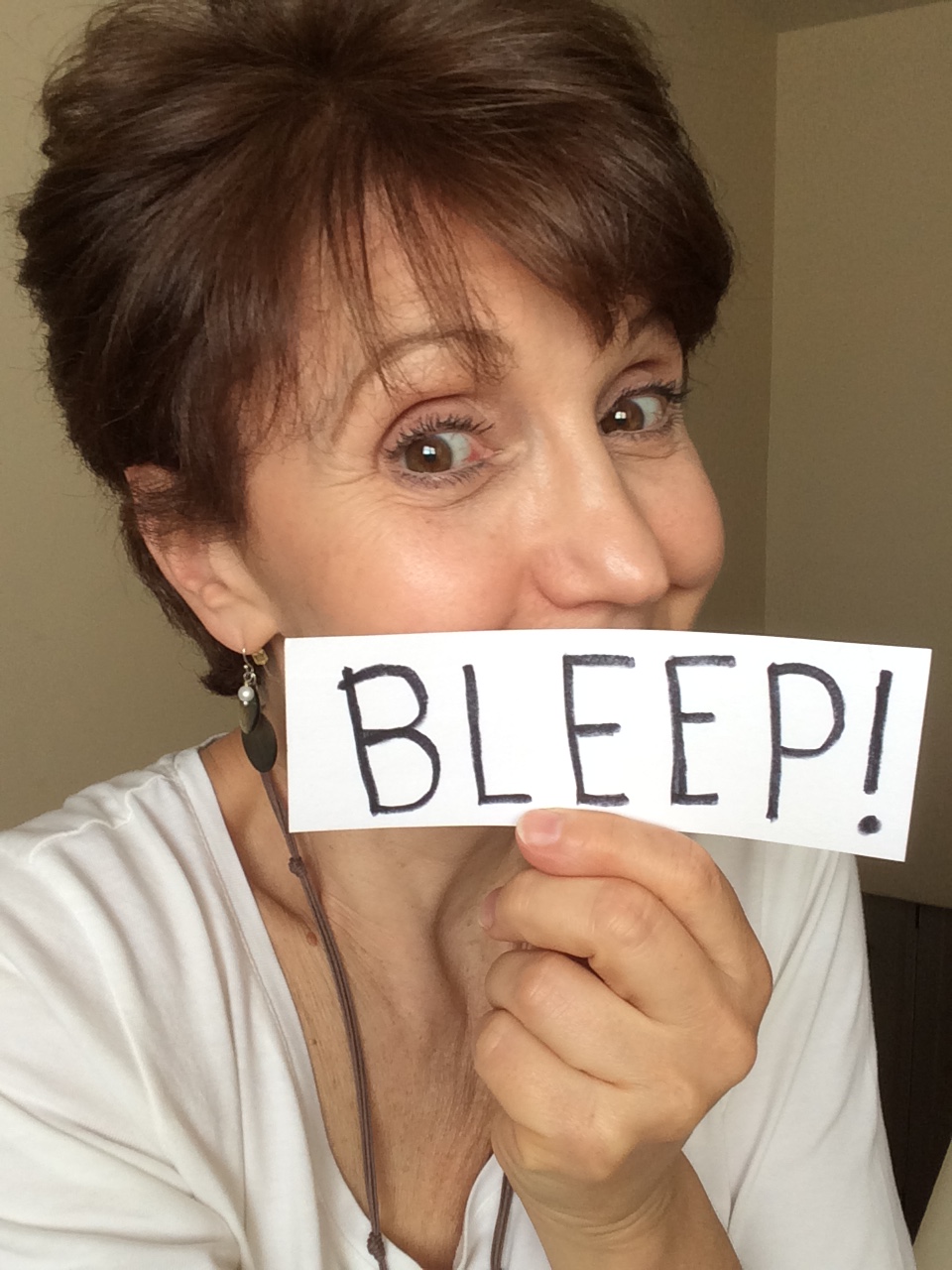 Fran caves in to her base instincts.

I learned six things from my two weeks of attempted non-swearing.

#1. Self-control is not my strong point.

#2. I swear quite a bit – not horribly, just conversationally. A damn here, a hell there,  with sh*t as my go-to word. When I’m sewing, driving, or discover my dog pooping on my carpet, I use the f-bomb. (Sister Janet, if you’re reading this — I’m sorry I’ve failed you.) But awareness is the first step.

#4. Everyone swears more often now than they used to. Esquire Magazine ran an article last year that completely confirmed my suspicions.

#5. My friends, who are really nice, professional, intelligent, people also swear. Not in public, or all the time, but like me — when circumstances make it almost impossible not to – like when delivering a good punch line, or driving in Glendale.

(Driving here is like wearing a t-shirt with a large target on it, in front of elite, special forces sharpshooters. Go ahead, check it out, you’ll see Glendale is the least safe city in California, when it comes to driving. So, cursing while driving here is not only understandable, it’s practically necessary.  But now I’m rationalizing and have completely digressed.)

#6. Clearly, neither me, nor any of my foul-mouthed friends live in Mississippi, where it apparently is illegal to swear and/or be drunk in the presence of two or more people in a public place.

#6. I really don’t want to quit OR I suffer from a horrifying lack of self-restraint. (My family and friends will probably confirm that both these things are true.)

What I’ve discovered is, it’s not me to completely cut out swearing. When I stop, mid curse word, it seems disingenuous, like I’m trying, but not really. All my friends know me as someone they can let loose with. Not “Wolf of Wall Street,” letting loose – (the f-word flies anywhere from 506 to 569 times in that movie) – just colorful letting loose.

If I’m in a public place, I never swear so strangers can hear me, but swearing a little IS me, or has been me for the last 60 years. And when I’m with my friends who swear, and I’m deliberately not swearing, I think it makes them feel a little…bad. I’m not swearing, but you are – hence I’m good and you’re not. I must be superior — clearly the product of a good Catholic school. (Is this rationalizing too?)

Anyway, it was an enlightening experiment, and I tried it for about two weeks, but for God’s sake, enough is enough! I think I’ll swear less often now, but, in all likelihood, will still swear. However, I still stand by my previous blog post position, that it’s never OK for anyone, in Mississippi or not, to swear in public. Period.

Glad that’s done with, next blog post is about homemade bagels!

A Year of Firsts, Changes and a Goodbye