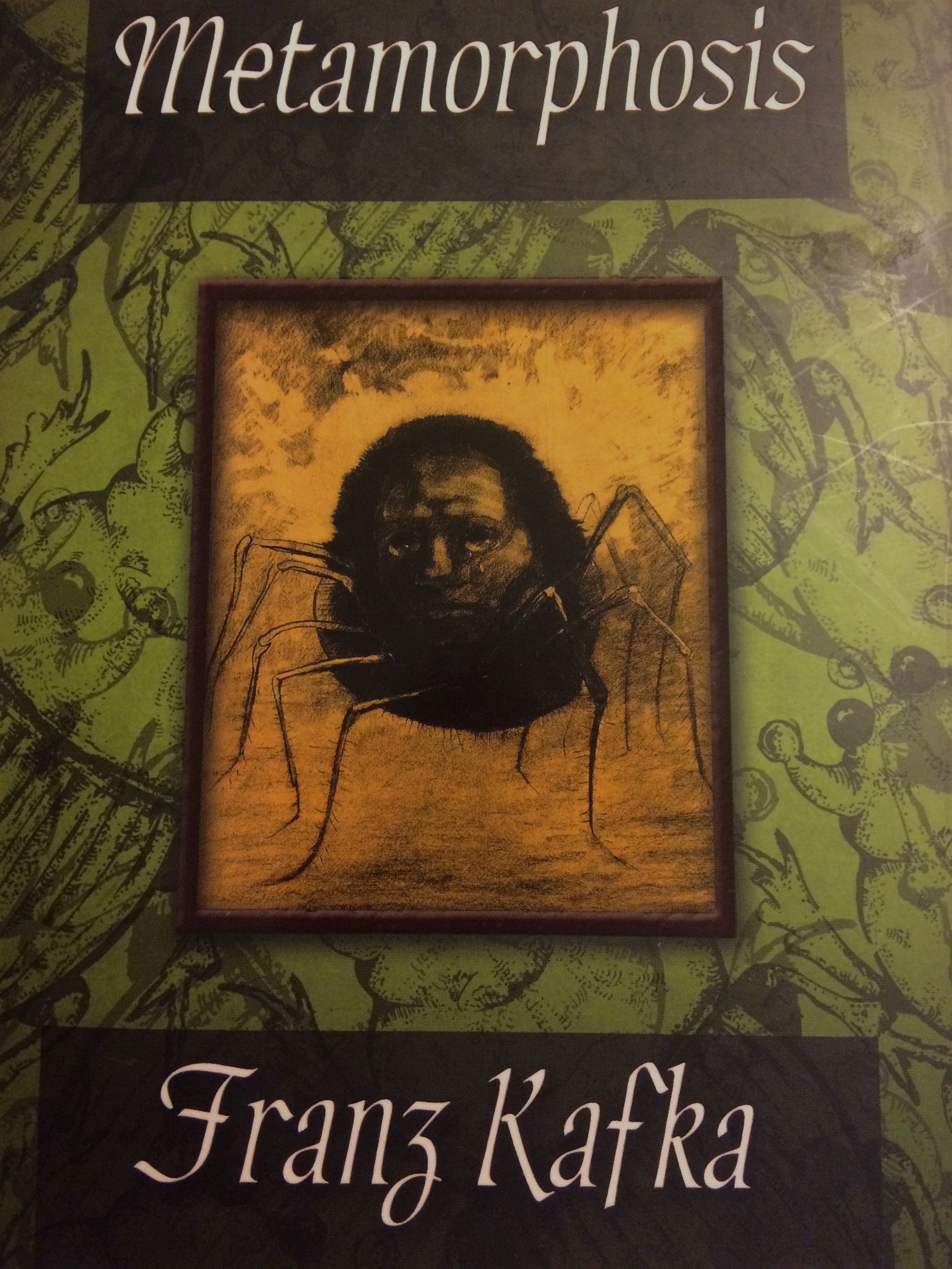 I went to the gym tonight, like I try to do at least three or four times a week. Somewhere around the 300 calorie mark, I said, “The hell with this, I’m done.” Usually I read a book while I’m on the elliptical, so I stick around to burn 500, sometimes 600 calories, then wipe the sweat and go for a couple rounds in the circuit room.

Tonight, I just said, screw it. Know what I did? I went home, picked up a book I was reading and ate at least three cups of leftover Organic Barbeque Kettle chips because I was in the mood for something crunchy. Hey, at least they were organic.

The book was called “Metamorphosis,” by Franz Kafka.  I’m embarrassed to say, I’ve never read anything by Kafka in my life, but when I saw it on the shelf at my friend, Allegra (the smart librarian’s) house, I asked if I could borrow it. Not so I could be deep, but because I wanted to get the jokes that Woody Allen always makes in his movies. I wanted to understand what made something Kafka-esque.

I loved it. It’s about a young man, named Gregor, who sacrifices everything for his family. He works as a traveling salesman, a job he hates, to pay off a debt his parents owe, which he figures will take another five to six years. He also hopes to send his teenage sister to a conservatory so she can continue to study the violin.

Things don’t work out so great and one morning, he wakes up to find he’s turned into a big, ugly bug with spindly legs. (I have mornings like that.) His family naturally freaks out. Sadly, he’s the same guy inside, but his communication skills are not great, and now that he’s a bug and can’t work to support them anymore, so they don’t have much use for him.

There are all kinds of parallels you can draw and metaphors you can imagine. That’s apparently part of Kafka’s charm, he never lets on what he wants you to think, he wants you to draw your own conclusion.

All I could think of are a couple of poor, self-sacrificing souls I know, who worked hard all their lives, giving to everyone; one of whom is mostly ignored now, and the other one probably will be when he gets older.

Which is maybe why tonight, before I even knew how the book was going to end  — and trust me, it isn’t pretty — I decided to just say,  screw it.

There are actually a few crumbs left in here.

I’m good 95 percent of the time. I work, I cook, I clean, I bake, I exercise, I eat vegetables and fruit, I’m thoughtful, I give to charities, and dammit, I could wake up a bug tomorrow. So tonight, I’m glad I sat on the couch, read a book and ate too many barbecued potato chips.

I’m sure this probably isn’t the response Kafka was hoping for, but it works for me.

A Year of Firsts, Changes and a Goodbye