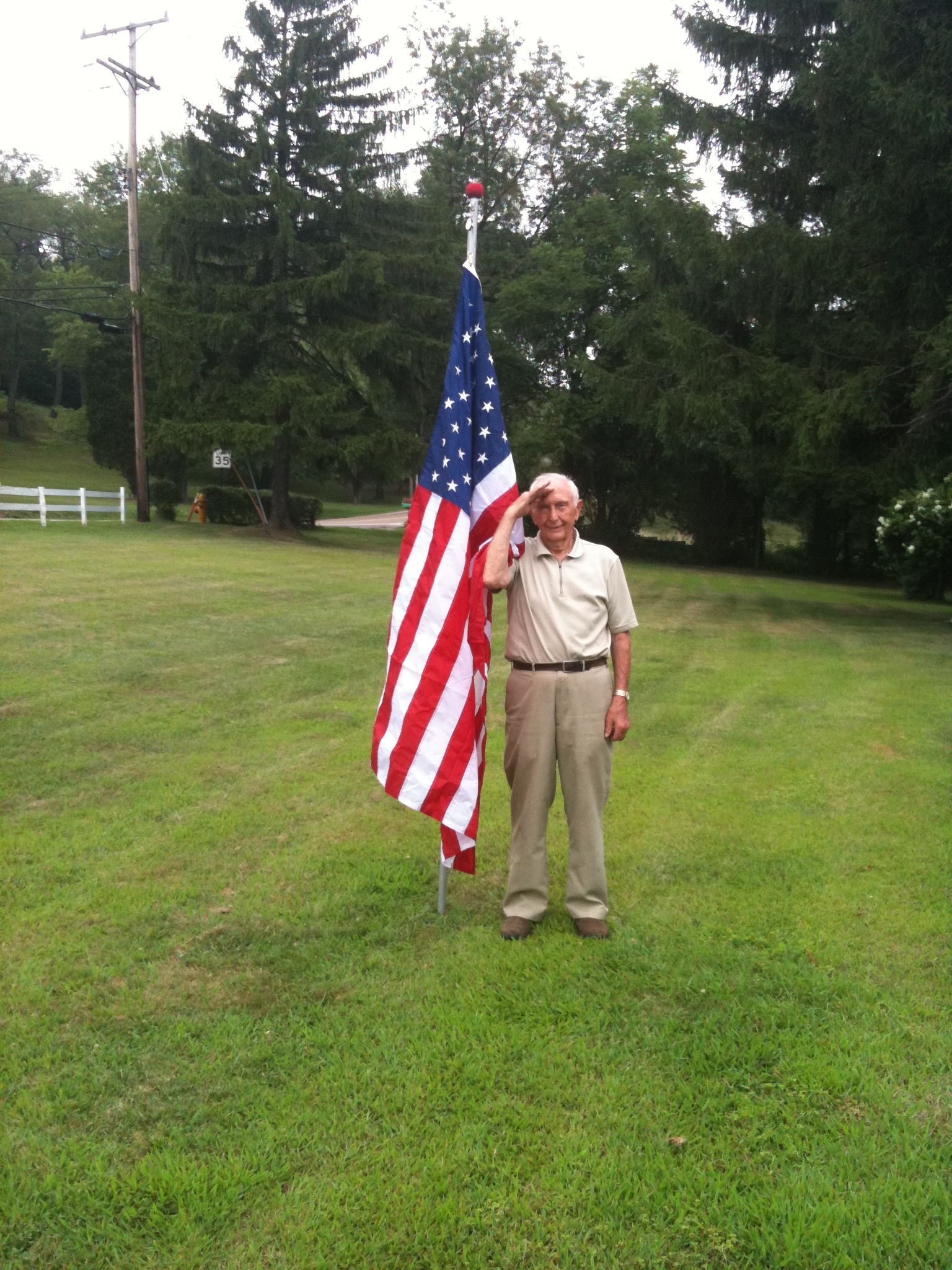 Memorial Day usually makes me think of cook outs and barbecue, but this year, I’ve been thinking about the reason for the day, our fallen soldiers.  Maybe it’s because I’ve been watching another Ken Burns documentary, this one about World War II. Or maybe its because I know how much being a soldier in that war meant to my dad.

He came back from World War II with an Army tent, his canteen, mess kit, a gas mask, a plain metal fork and knife with U.S. stamped on its handle, a very rough wool army blanket and more. He never talked about the war until he was about ninety-five. All he would say was, “War is hell.” Then, suddenly, as if a switch flipped,  it was all he wanted to talk about. We’d walk into doctors offices and he would strike up a conversation with anyone who’d listen about the war.  But there was one story I’d never heard from him until about a year before he died.

My dad, in the foreground, in Marseilles, France.

After training in Ft. Lewis Washington he went to Europe. He spent time in Brussels Belgium, Marseilles France, England and probably a few other places I can’t remember. My dad served as a medic in the war in the European theater. He was under Gen. George Patton.

He said he’ll never forget the day Gen. Patton showed up and was choosing men for a mission. My dad was one of those chosen. He was about 29 at the time, 10 years older than most of the other guys, who used to call him Pops. Two younger soldiers who were his buddies said, “No, Pops, we’ll go — you’re too old for this kind of stuff.”

He heard a few days later that his young friends had been killed in the mission and it left him wondering why they had to die and not him.

I bought this for my dad a year before he died. He wore it proudly.

I don’t have the answer. Maybe it’s just luck, fate, or God’s will, but I wanted to take a moment to say thank you to those two young men.  I wish I knew their names, so I could salute them properly.  If it wasn’t for their sacrifice, I’m sure I wouldn’t be here. I know my dad thought about them often. I think they would have been proud of how he lived his life and kept  his military bearing through his last years.

One of my favorite memories of him was from my last visit with him in New Brighton. I’d done as much as I could for him in the few days I was there. He was very appreciative and our time together was lovely. As I was leaving, we had our usual hug and tearful goodbye. Normally, he’d walk me to the door and wait there, waving until I pulled away, but old age changed that.

Dad, in the front yard with a flag my brother Bob bought him.

This time, as I was walking away, he struggled out of his recliner chair, wobbly without his walker. He stood as straight as he could in the middle of the living room, wavering slightly, and saluted me. It didn’t register with me at the time, but now I know that was the highest honor he could have bestowed.  It was the last time I saw him conscious.

On Memorial Day, I salute him, and all the men and women who’ve fought and given their lives for our country. I know I would’t be here without two of them.