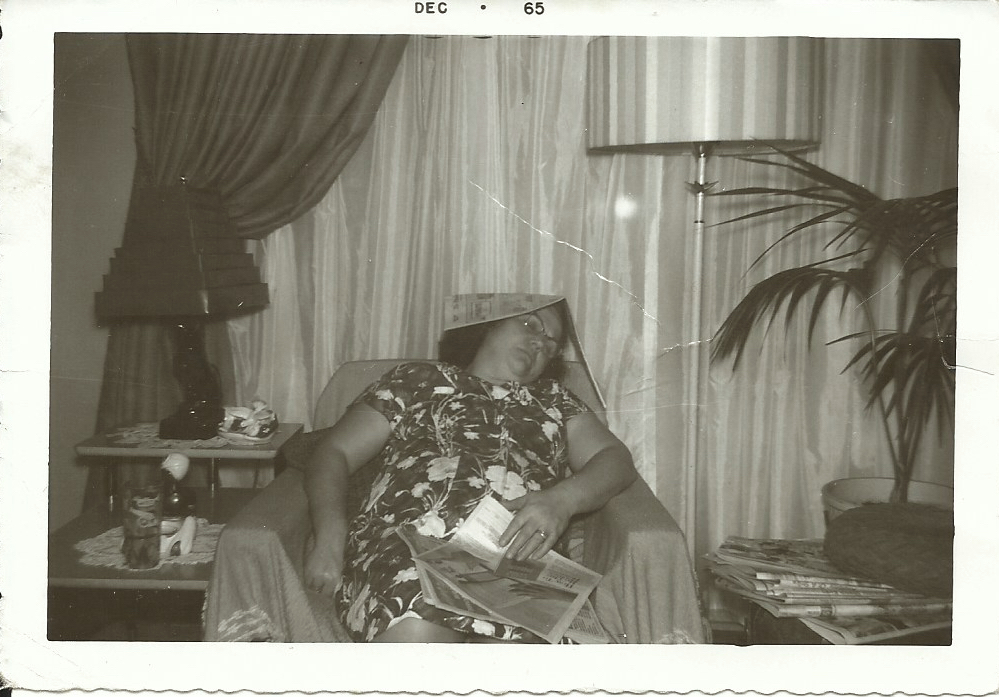 Hi Everybody! I’ve been working with my son to re-vamp my website. I want to make it easier to find recipes, and I want to keep posting because, of all the things I do, the thing I love most is cooking, baking and writing to you about it!

In the meantime, since today, February 28th,  is National Public Sleeping Day, I am re-posting a blog from a while back, called, The World’s Greatest Sleepers, with some pretty stellar photos of Tunno’s in what appear to be comas. I promise to have a blog post soon on my new, improved blog where you won’t have to wade through all my blogs, or try to remember a specific story’s name, to find a recipe. Thanks for hanging in there with me! Love yinz, as they say in Pittsburgh.

If my mother was still around, she would skin me alive for posting this exhausted shot of her. One of my darling brothers put the paper on her head.

Saint “Tude” Knocks Me on my Butt…Again.

The Chocolate Chip Off!