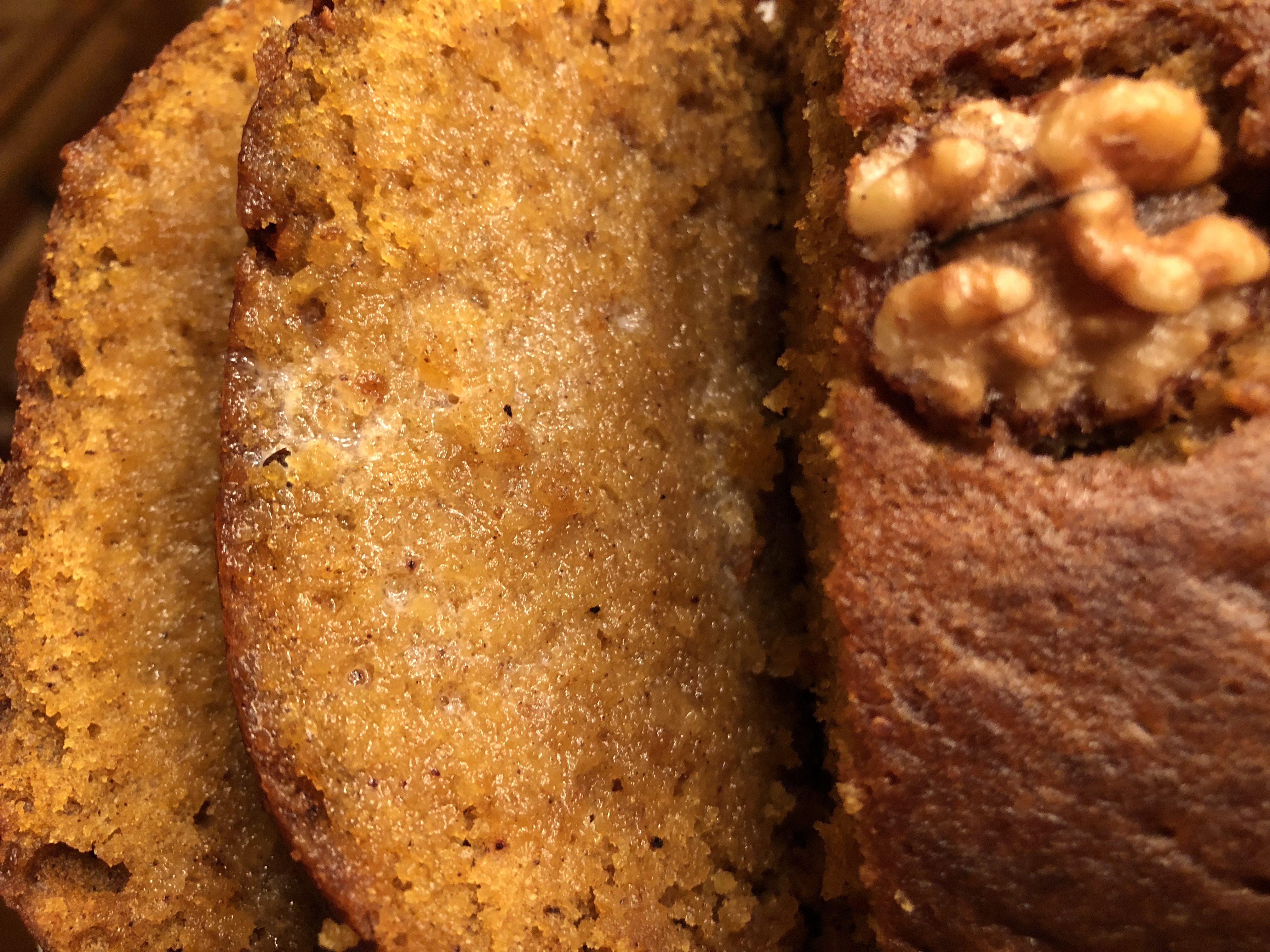 I love fall. If it’s autumnal bring it on. But not when it’s 95 degrees outside. The stores here have been filled with pumpkins and cinnamon brooms for over a month, like southern California is Canada. Who wants a pumpkin spice latte when you’re bathed in your own sweat?

Our weather doesn’t have the decency to change until at least October, but last night I slept with an actual blanket, so I bought pumpkins today, and can now decorate for Halloween without feeling overzealous. And real back to school weather like this, reminds me of a day in my junior year of high school when my mom surprised me, in her inimitable way.

I was in College Prep English class. Our teacher, Mrs. Meyer, was marching up and down the aisles firing off questions like bullets. She looked like a large man in an uncomfortable button front dress — her swollen ankles firmly planted into sensible, ugly, light brown, lace up shoes. She was interrogating us about Shakespeare, when there was a knock at the door.

The school secretary with the lopsided blonde ponytail stood whispering to the stone-faced Mrs. M. who looked to the back of the classroom where I sat dreamily staring at Chuck Walker’s baby soft brown hair. In her Bea Arthur voice, Mrs. M. boomed, “Frances, you have a phone call.”

I snapped to attention. Me?” Who on earth would be calling me? I thought. And why? My mind raced to images of my mother, dead on the floor of a heart attack, or my bricklayer father killed in an accident at work. Since my parents were the age of all my friends grandparents, I’d been preparing myself for this news for years. So, I raced down the hall, through the empty wooden seats in the auditorium to the black pay phone in the main entry way. I’d never gotten a call at school before. Getting one on the pay phone seemed even more ominous.

I grabbed the receiver and said” Hello?”

“Nading is a wrong, I just a tot I’d a call she said, as if I was on a vacation getaway. Frenzy, honey, did I distorb a you?”

“Ma,” I whispered, not concealing my irritation, “I was in English class! What’s wrong? Is Dad okay?”

“Yeah, he’s a fine, everyting’ izza  fine,” she said, and I breathed a sigh of relief.

“Ma, this is a pay phone, how did you get this number?”

“Hey, you know me, wen a I wanna sommating, I know how to get itta ,” she said chuckling.

(That was one of her bigger understatements.) Some poor operator is probably still suffering from PTSD after dealing with my mom on a quest.

“Oh honey, she continued, I don’d a mean to scare you, but I had a terrible dream a and I hadda to call a you and tella you so you be careful when you go to lonjah .”

“Ma, you called me and got me out of English class ’cause you had a dream about me? I said, trying to keep my voice down so the office staff in the next room couldn’t hear.

“No, Ma, I don’t think you’re nuts,” I said rolling my eyes, thinking she was nuts.  But I knew it must have been an interesting dream to move her to call me at school. Since I was already out of class I figured I may as well get lunchtime entertainment material for my friends, so I said, “So, go ahead tell me.” She jumped right in.

“Well Frenzy, you was a walkin a witta you gail a  friends down a da street, when all of a sudden dare was a dis beeg a hole inna da ground, you know… a…a.. manshole, anna a you walked a right into it!  I screamed and said, ‘No Frenzy!,’  Butta you already fell…anna den I woke up.   Itta  distorb a me so much all a morning dat I jost a hadda to call a you and tell a you to pleece a be careful when a you go to lonje today.  Don’d a go ahtside…okay?”

Trying to whisper, I said, “Ma, you called because you think I’m going to walk into a manhole at lunch time?”

“Well, then don’t you think if I was walking down the street and there was an open manhole, I’d probably step around it?”

She knew I had her, but she wouldn’t give up.  Like lightning, she turned to the old hidden meaning argument.  “Well, honey, datta could a mean odder tings a too, like a mebbe your friends a dey could a try to persuade a you to do tings datta you aren’d supposed to do…anna  you could a getta hurt.”

This was my mother’s favorite argument, my friends were always leading poor idiot me down the path to death or, even worse, loss of virginity. “De odder kids, dey might convinze a you to do tings.” It was never me, it was always these wild friends of mine.

But I had no wild friends and she knew it.  My best friend, Carolyn’s mom was tied in the paranoia department with mine, with a slight edge going to Carolyn’s mom. She was convinced we were going to be gang raped and killed by ax murderers, so we had to call her every few hours to check in.

I finally assured my mom I’d be careful at lunch and promised that if my friends started acting crazy I would avoid them, and any nearby open manholes.  She said, “Okay, Frenzy, be careful, I love a you.  Ba bye.”

I still remember her strained goodbye. She sounded like this would be the last time she’d ever talk to me. To this day, I still avoid metal sidewalk doors because…you just never know. Just a few weeks ago, I saw a video where a three-year-old actually did fall in a manhole in China, so see, it does happen! Click that link to see.

And in keeping with this Back to School October theme, I’m giving you a recipe I found in the LA Times Food section years ago for Monastery Pumpkin Bread. I think it’s still made locally by some nuns in a former monastery.

I changed it a little, adding more cinnamon. The original Monastery recipe calls for just 1 tsp. cinnamon and 1 tsp. nutmeg and that was how the bread pictured here was baked. I just shared it with the people at work and they swallowed it whole, so they seemed to be OK with the nutmeg.

But, I like it with 2 tsp. cinnamon, 1 tsp.of ginger and 1/4 to 1/2 tsp. cloves. It’s really good and I heartily recommend that spice variation. The nuns say it’s best served warm, spread with butter..but then again, what isn’t? It’s ridiculously easy, so go ahead, make it and dip it in that pumpkin spice latte you’re probably enjoying while I sit here praying for a cold front.