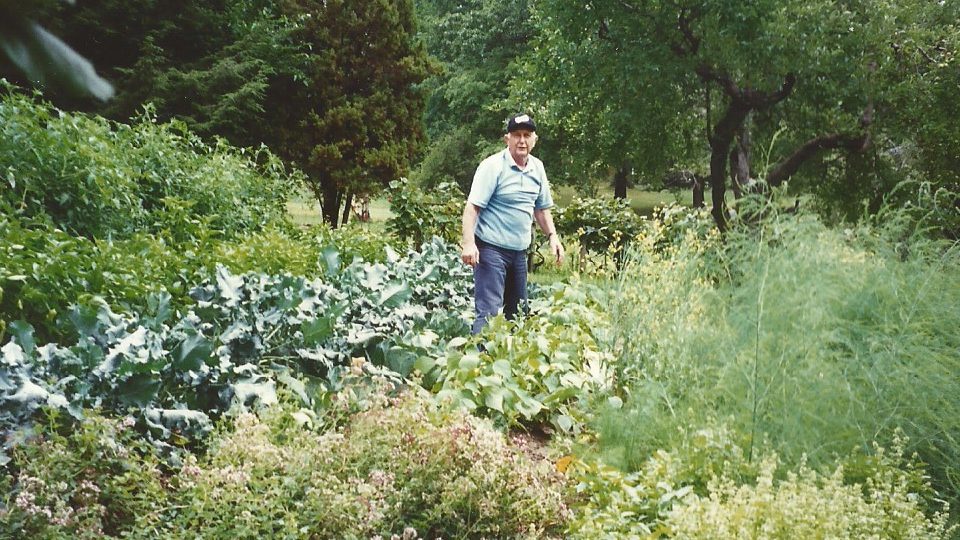 My father was always in the garden, even this time of year, picking the last of his beefsteak tomatoes, or digging around and pulling out the dead plants. He loved it. I remember shortly after my kids and I moved in with him after my divorce, I asked my daughter to go out to the garden to tell him dinner was ready. He was 95 at the time.

She ran out, then ran right back in aghast. “MOM! Grandpa was peeing outside!” I, of course, couldn’t believe it because he wasn’t that type of guy. I came out as he was zipping up and told him that wasn’t appropriate and that, not only could the neighbors see, but my daughter, who was 14 at the time, was shocked. He shrugged it off and said it was nothing, but now that I look back, I think it was something. I think it was a warning sign of prostate cancer.

Less than a year later, after complaining about severe pain in his pelvis and back, we learned he had an aggressive type of prostate cancer that had spread to his bones, and by the time he was 97 he passed away. I’m not sure the cancer is what took him, but it made his remaining time with us sad because he couldn’t do the things he loved, like spending time in the garden.

I say this because September was just Prostate Cancer Awareness month, and there are too many nice men in my life who are getting older, not to mention it. If you are 50 years old, start getting a PSA test every year. Lots of men don’t even know they have prostate cancer until they get a PSA test because they have no symptoms, like frequent urination, or inability to empty their bladder.

Sorry I didn’t get this out earlier in September, but I figure it’s never too late to remind my sweet family and friends that if prostate cancer could take a tough guy like my dad, you don’t want to mess with it. Please get a PSA test annually.

And please don’t pee in the yard, it’s hard on the grandkids.