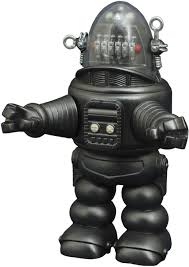 I took my first Zumba class this week at the YMCA where I’m trying to up my activity level with something fun because I’m determined to go from Pre-diabetic back to regular. I thought Zumba sounded like fun and I distinctly remember actually having some dance moves as a kid.

But seeing me in Zumba class is like watching an episode of I Love Lucy where Lucy tries desperately to fit in with the dancers and is laughably bad. Take a look at this clip of Lucy out of step, and you’ll see me. Someone named Bonnie Urias, who tried Zumba, posted it on YouTube and labeled it “Me at Zumba,” so Bonnie and I might be related.

What amazed me is how utterly out of step I was. Oh, there were a couple of times when I got the hang of it and felt a flutter of a hip sway, but mostly, whatever everyone else was doing right handed, I was doing left-handed, like I was in opposite world, which explains my sense of direction.

(If we were lost, my ex-husband always asked which way I thought we should go, then went the opposite way. I’m good with a map, but my personal GPS is comically wrong almost every time.)

And I was so completely incapable of replicating the instructor’s twerk move, I looked like Robbie the Robot trying to get sexy with his down-below parts.

So Zumba was fun, but I don’t see myself becoming an instructor, or sex object any time soon. It does make me want to dance at home more though. It’s a great way to burn calories, especially when no one’s watching except Topper because he doesn’t judge.

I also took a Yoga class this week at the YMCA, which was great and I only moaned a little when I moved the next day, so that’s progress. And I’m going to try hiking with of a bunch of LA people. The group was started by a really funny guy named Chris Erskine, who writes a column for the LA Times. He and his friends hike, then end up at a bar, which is my kind of hiking. So, we’ll see how that goes. At least a half hour of exercise every day is the goal. I will either turn into the next Shakira, or go lame. Time will tell.